By Melissa March 05, 2012
This is my entry in Rach's second campaign challenge. There are several prompts, choices and rules, so I'm just going to list the link.

For my entry, I chose to:
Write a short story/flash fiction piece of less than 200 words based on the prompts. (Word 2010 says 196)
&
Write in a genre that is not your own to add difficulty. 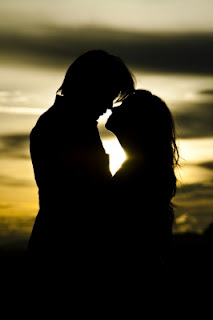 .       Troy grimaced at the gaping cut on his thigh. He tore a strip from his shirt and tied it above the gash. Dark red rivulets slowed to a stop.
.       Sarina leaned over. “Let me see.” She was beautiful—her green eyes sparkling like puddles in the sun and her auburn hair laying in wet ringlets, framing her face. Made him forget his pain. And rue his fate.
.       Their fate.
.       “It’s not that bad,” he lied.
.       As they settled back against the rusted bridge support, a child scampered overhead, giggling. Troy hugged Sarina to his side and slid them further into the shadows. That was no child. The real children were banished and starving, wandering, parentless, forced to scavenge food just to survive. Nothing was as it seemed anymore.
.       Troy managed a smile and brushed a tear from Sarina’s cheek, but he wanted to cry, too. If his mother were alive, she would heal his wound and heal their land. With a simple flick of her wrist, the Progeny would turn to harmless wisps of smoke. But that couldn’t happen now. She’d been the first victim of the coup.
.       A familiar form materialized across from them.
.       “...Mom?”
~~~~~~~
Well, it may not be a winner, but at least it's a bit more hopeful than my last entry.
Thanks for visiting. If you'd like to vote for me, I'm entry # 14. You won't have to scroll as far this time. = )   (*Only campaign participants may vote)