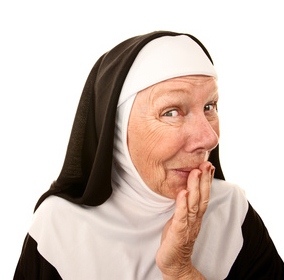 Today I'm covering the topic of the dangling participle, which is a type of misplaced modifier. This particular grammar error is an easy one to make—especially when writers begin tightening their prose—and it's not only a source of embarrassment to the writer, but can be a source of humor for the reader. We want our readers to laugh at funny parts of our stories, but not because of mistakes like these.
First, you need to understand what a participle is. It is a verb ending in -ing (present) or -ed (past) that is acting like an adjective. (Note: past participles can also end in -d, -n, -en, or -t. Ex: swept) A participle phrase contains one of these and often comes at the beginning of a sentence in the form of an introductory phrase set off by a comma. Let me give you some examples.

Sweating bullets, I hurried to finish my algebra test before the bell rang.

Covered in mud, the cowboy pushed himself off the ground where the horse had thrown him.

In this sentence, 'covered' is the participle and 'covered in mud' is the participle phrase. Now, on to some that are dangling...
Running to the catch the bus, Sam's wallet fell out of his pocket.
Dressed in a stunning evening gown, the man couldn't take his eyes off his date.
Was it Sam's wallet that was running to catch the bus? No. It was Sam. And was the man in the second sentence wearing the gown? Nope. Hopefully, it was his date. :)  I don't know about you, but these got a chuckle out of me. Now you see why this error should be avoided.
Not all dangling participles are funny, but they are still incorrect. Take these, for example:
Faced with what she'd done, the video sent waves of guilt through Nicole.
In this sentence, we know what the author meant—that seeing the video made Nicole face what she'd done and feel guilty—but that's not what the sentence actually says. It says the video was 'faced with what she'd done,' which is impossible because inanimate objects can't be faced with anything from a cognitive standpoint. They cannot think or feel.
To correct this error, the author could instead write: Faced with what she'd done, Nicole wept as the video sent waves of guilt through her. That would put 'Nicole' directly after the comma and allow her to be the noun modified by the participle phrase.

See if you can spot the next one.
Obsessed with finding her daughter, Stacy’s hardships doubled when bad weather hindered the search.
In this sentence, the error is a tad less obvious because the character's name is used, but look closely. It is used as a modifier, not a noun. The noun is actually 'hardships,' and hardships cannot be obsessed.
To fix this one try something like: Obsessed with finding her daughter, Stacy shook her fist and screamed at the coming storm, her hardships doubled now that bad weather hindered the search.
To check for dangling participles, try this trick. Mark out all but the participle phrase and the first noun that comes after the comma. Then make sure that noun can properly be modified by the phrase.
Covered in mud, the cowboy pushed himself off the ground where the horse had thrown him.
Was the cowboy the one covered in mud? Yes. This one's correct.
Dressed in a stunning evening gown, the man couldn't take his eyes off his date.
Was the man the one in the dress? No. 'Dressed' is a D.P.
Running to the catch the bus, Sam's wallet fell out of his pocket.
Was the wallet running? No. 'Running' is a D.P.

And one final note: Verbs ending in -ing are sometimes called 'continuous tense' and denote continued action. If the action taking place in the sentence following the participle phrase didn't happen while the -ing participle action did, then reword the sentence. (You can think of it as 'While ___-ing, [noun/subject] did ___.') For example:

Running to catch the bus, Sam grabbed his cell phone out of his pocket and dialed his girlfriend.

These two actions could (and did) happen simultaneously, so it works.

Running to catch the bus, Sam dialed his girlfriend from a pay phone.

This, on the other hand, is not possible since a pay phone is a fixed object, and he could not have dialed and run at the same time. The writer would need to rephrase.

Running to catch the bus, Sam skidded to a stop long enough to call his girlfriend from a pay phone.

I hope you found this lesson helpful. :)

###
Before I go, I'd like to take a moment to wish you and yours a happy Memorial Day. Regardless of your political views, I hope you'll take some time this day to remember the many men an women in military service--the ones who tirelessly take orders, spend time away from their families, 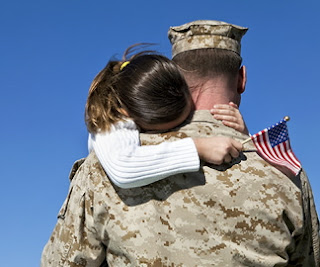 bravely face danger, and often sacrifice their well-being for our freedom. 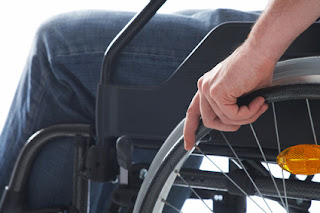 But most importantly, I hope you take time to remember those who made the ultimate sacrifice and gave their lives for us. 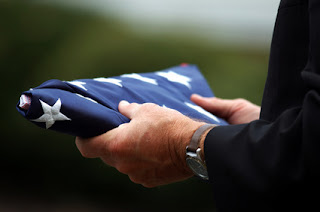 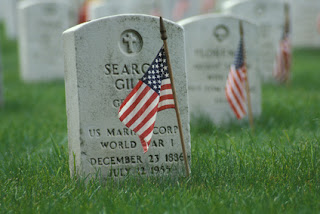