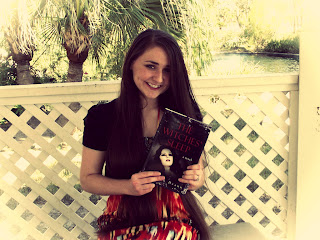 I'm delighted to introduce newly-published author Kaitlyn Deann. Kaitlyn is a 17-year-old homeschooled student who lives in the Rio Grande Valley in Texas. She's a friendly young lady who embraces a positive attitude. In fact, laughter is her favorite calorie burner. Kaitlyn recently published her debut novel, The Witches' Sleep, and she's joining us today for an interview.

First, a little about the book...

At only seventeen, Ella Barnes is shot and killed for an unknown reason. She is shocked when she wakes up in a different world, a world of witches. Ella has to learn to adapt to a new body, new life and new world, surrounded by new people. As Ella gets to know Raena, the world of the witches and its people, she realizes they aren’t the perfect creatures they believe themselves to be, and she’s not the type of person to stand around and twiddle her thumbs. Will Ella succeed in changing the mindset of the people? Or will she be doomed to die another cold and tragic death because of her rebellion?


You’re homeschooled—and you’re young for a published author.  Being a former homeschool mom, I think that’s totally awesome.  Did you study fiction writing as a part of your subjects?
Yes, I have studied fiction writing with homeschooling. I actually graduated a couple of years ago from English, but I didn't stop studying or writing. I actually got more into story building after finishing high school English.

What inspired you to write The Witches’ Sleep?
I was watching the movie “Inception” with my family and one line stuck out to me. The main character said something along the lines of “when we die, we’ll wake up,” and I couldn’t let that go. I sort of mulled over it for several, several days until I had a story pulled together.

Did you listen to music while writing your book?  Was music in any way an inspiration?
YES! I love music! I actually am putting together a playlist to post on my website of all the songs that I listened to and inspired me while writing the book. Each book I write has its own playlist.

Who is your favorite character and why?
This is a hard one! I would have to say I love Thunder Clap, the dad. He’s loving and wants nothing more than to protect Sunlight Reflecting off the Moon, his daughter. He loves her SO much. Also, he’s from Texas. (Don’t tell anyone, but he reminds me of my daddy.)

Do you have a favorite scene?
I think I have to agree with all my readers, who have consistently told me their favorite scene is the “Coliseum scene.” It’s the climax of the story. It’s intense and you learn quite a few things. It’s partly when all the loose ends are tied up as well.

The Witches’ Sleep is the first in a trilogy. Can you give us any hints about the next book in the series?
Haha! I laugh because I’m a very secretive person. I love building suspense, so the only thing I’m going to tell you is that it’s in more than one person’s perspective. The main character in this book is actually Sea-Anna, who wasn’t a minor character in the first book but wasn’t the main either, if you understand. That’s all I’m telling you! Haha!

At a movie theater, which arm rest is yours?
The right one.

What’s the biggest misconception people tend to have about you?
That I’m shy, which is so not true. I’ve just always been told, if you don’t have anything nice to say, don’t say anything at all! (Hahahaha!)

What advice would you give to new writers?
I actually am guiding a few new teenage writers that want to publish books, and two things I HAVE to emphasize all the time is details and research. Make sure your manuscript flows and your research is true.

Is there anything else about your book or yourself you'd like people to know?
I’ve heard a few people say they thought my book was a horror book. I don’t really know what made them think that, honestly, because there is really nothing in it that’s horror-like. It’s a fantasy novel. Oh, and I don’t like cottage cheese.

Thanks for telling us about yourself and your story. :)
Thank YOU for having me! I had so much fun hanging out with you! 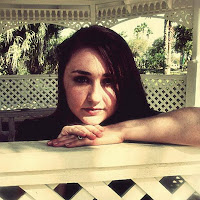 KAITLYN DEANN is a seventeen-year-old homeschooled student. As a writer, she wants to be able to keep a reader turning the pages late into the night and give them something to think about long after they finish the last page. Activities include piano, singing badly and not caring, breathing, eating too many cuties (fruit) at inappropriate times and, of course, writing. She lives in Texas with her family. To know more, visit www.kaitlyndeann.com.

New comments are not allowed.