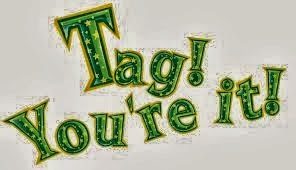 What are you working on right now?
A historical romance set in 1850's America, titled Come Back.

How does it differ from other works in its genre?
Hm. Well, both of the leads are virgins, not just the heroine.

Also, they don't meet in chapter one. The delay was necessary for the story.

How does your writing process work?

First, I get a burst of inspiration--usually in the form of a vivid scene or single aspect of the story. (I actually have a story idea right now that is nothing more than an ending. It'll be a killer book if I can ever come up with a plot to go with that final scene. :P)

The idea for Come Back was sparked by a story I read while home-schooling my daughter. It was written in diary form and described life on the Oregon trail, including mention of all the things westward travelers left behind. Though traveling a different trail (Santa Fe / Gila), my heroine, Rebecca, gets separated from her wagon train and uses these things to survive.

Once I make the decision to pursue an idea, I research the time period (if needed), other aspects of the book, and hammer out a basic plot. I refine the plot before getting too far into the writing, but the scenes themselves often have a mind of their own. After I type 'the end,' I polish it up, then swap with critique partners and hit up the betas.

Now I get to tag three unsuspecting victims...

Have a safe, happy Halloween. :)