By Melissa October 28, 2014
I have a double dose of promo goodness for you today. I get to introduce a new release and a new friend.

Some of you know I was recently interviewed for The Houston Press's 100 Creatives series. Well, besides being totally flipped out and honored to even be asked, I got to meet journalist Jef With One F. Not only is Jef a super-nice guy, he's a professional who made the whole experience fun and easy.


In a dead world a dream of hope takes human form 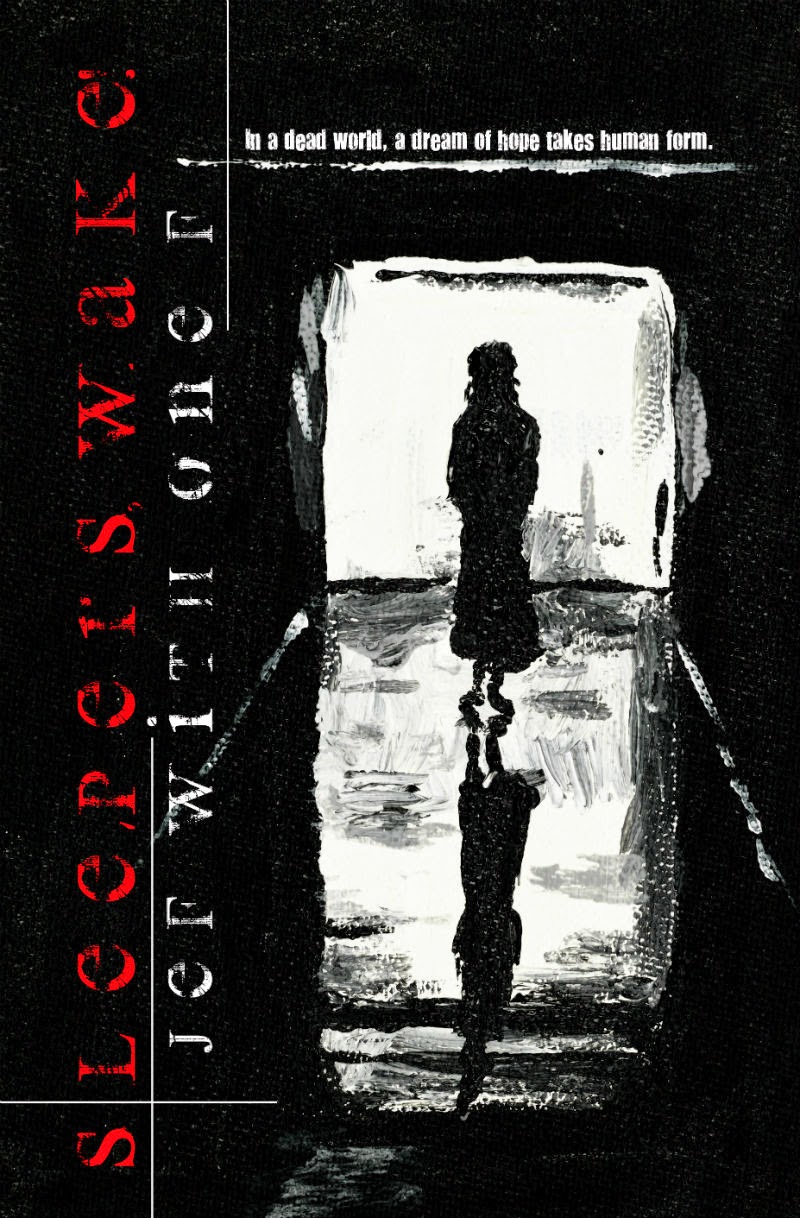 After the end of the world, a man with no name wakes from a seven-year coma in a decaying hospital staffed by rotting robotic nurses and a psychotic artificial intelligence. Now he must race against the dawn to save a young girl, hoping that once the apocalypse has passed the gods may no longer bother monitoring impossibilities.

Tell us a little about your writing background, your current career, and your goals.
Bluffed my way into this to be perfectly honest. I started out as a musician in a band called The Black Math Experiment. Got almost famous doing that, but music is a hard row to hoe and eventually it’ll wear even the toughest person down.

So I started doing CD reviews for local and indie acts at the Houston Press as a way to keep in touch with the scene. Before I knew it I was writing three to five thousand words a day on whatever I wanted and getting paid to do it. Video games, feminism, Doctor Who, music, vampires… six years later writing is pretty much my entire life.

I happened to review the debut novel, Starblood, of a Scottish writer, Carmilla Voiez. You should look her up some time. Beautiful, brutal prose that cuts like a chainsaw. After reviewing her book we became pretty close friends, and she asked if I’d like to contribute to a short story anthology that she was working on called Broken Mirrors, Fractured Minds.

I gave it a week of thought and turned in short piece called “Just a Kiss Away” about a man’s obsession with a headless topless dancer. I think I was aiming for a grand commentary on identityless arousal, but ended up really just talking about the nature of modern American masculinity. It also gave me a chance to wax on Rolling Stones urban legends. Always the music, remember?

The story got rave reviews on Amazon and a few blogs, and Vamptasy headhunted me to join up with their merry band of maniacs. This is my first release for them, and I’m nearly through with a longer collection of stories that will be illustrated by Dori Hartley.

What inspired you to write Sleepers, Wake?
“Sleepers, Wake” is an old story. It’s nearly a decade old (Though massively rewritten when I was offered a chance to publish with Vamptasy), and it really wanted to be a novel but I just don’t have that sort of focus.

Pain inspired it, I guess. When I wrote the first line of the story I had just finished burying my best friend Kat Cresswell. She’d died of cancer at 19, and right up until the day she left, I swore she was going to get better. I didn’t really believe that someone so vibrant and creative and wonderful would die like that. That’s not how the stories should go.

But it happened, and for months afterwards I lived in a drunken blackness where I tried to comes to grips with the fact that death comes to us all, the just and unjust alike. So I penned a different world, where the rules didn’t apply any more. I wanted a world of miracles amid broken, failed magical machines if it would bring my friend back.

Didn’t work, I guess… but I sleep much easier these days.

I’ve heard there’s an interesting story associated with your nonfiction book (the one with the long title that has inspired quite a few wild reviews)... something about David Arquette. Will you let us in on it?
Ha ha. David Arquette Day, may it be fondly remembered. OK, so back in the ancient ‘00s BME wrote a song called “You Cannot Kill David Arquette” that was a long, spoken-word punk piece that made ever more outrageous claims about the actor. We said he was a ninja that had invented the electric toothbrush, and other insane inanities. It was a popular song that was played all over the world for a while.

One day I sent a copy of the album to this re-mailer service for fans, hoping to show off our tune to the man. He got in touch with me on Myspace back when celebrities were just discovering social media and before they realized what sort of horrors it can unleash, and thanked us for the song. He also sent us a massive box of cupcakes as a joke present.

Later, when he was promoting his film The Tripper about a Ronald Reagan-obsessed axe murderer, he came through Houston on a promotional tour and asked if we could set up an event for him. We screened the trailer before a concert and packed The Proletariat with the biggest crowd they’d ever had. David got up on stage to sing with us. It was glorious, pretty much the social event of the year in Houston.

Now I try to schedule everything I can on Tuesdays because that’s when Arquette Day occurred. Just my happy little superstition from a wonderful, if improbable time. There’s a great video of it the Houston Chronicle shot.


Want to connect with Jef?
Here's where he hides... 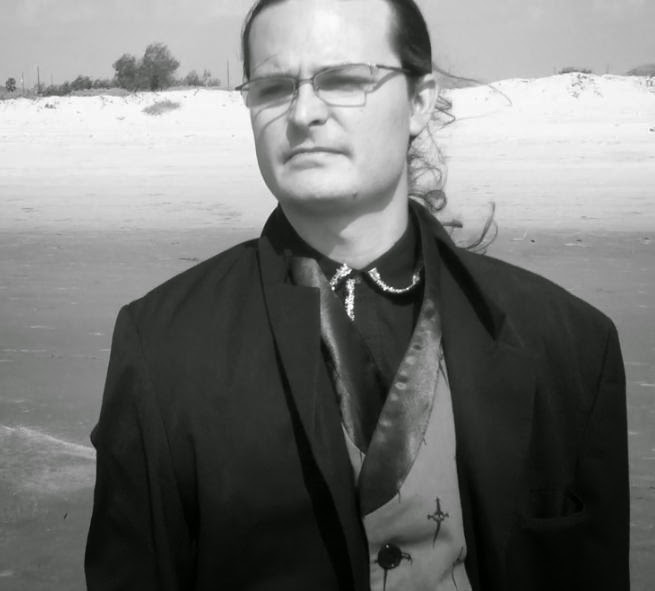 Jef With One F is the stage name and nom de plume of Jef Rouner, who used a brush with rock and roll almost-fame in the Black Math Experiment to trick the editors of several news outlets into letting him pretend to be a journalist. You can usually find him talking about feminism, goth music, Doctor Who, and video games over at the Houston Press art blog. He pens bizarre short stories because no one tells him not to, and currently resides in Houston with his wife and daughter.


Thanks for stopping by. :)