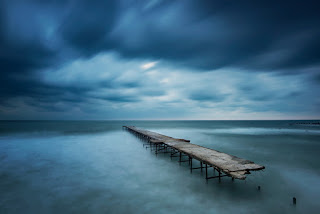 Many months ago, Randi approached me about contributing to an anthology she was planning to publish. At first, I declined because I was on hiatus and had little free time, and because I couldn't get inspired to write anything. But she practically begged me, so I agreed. I signed the contract and wrote a little something for the book.

I didn't know Randi all that well, but she seemed nice, and a lot of familiar names were on the author list, so I figured it would be all right. My story was short, and I didn't have much riding on the project. It would only cost me a little of my time. Or so I thought.

Flash forward to months later. The project hasn't been the most organized one I've been involved with, and the release date has been pushed forward twice, but these things happen. I wasn't having to do anything but submit and promote, so I shrugged and was patient.

The 'absolutely-for-sure-gonna-happen-this-time' release date of August 5th came and went. We launched our promo posts without buy links or communication from Randi and waited. ...and waited. I even went to Randi's secret FB group for the anthology authors and posted something encouraging, because I figured Randi's lack of communication was because she uploaded the files too late to go live by the 5th, and she was feeling embarrassed. I said I was choosing to have 'an attitude of gratitude' and thanked Randi for her hard work.

Still nothing. No buy links. No email, post, or PM from Randi.

When some of the authors started asking via email and in the FB group for an update, her assistant commented that Randi had been involved in a car accident in late July, though was unhurt. That bought Ranid some sympathy and a little time -- until we realized that Randi had posted to her personal FB timeline. That told us she was feeling better and had access to the internet. We were understandably upset that she would post there about random stuff and not take time to update the group.

Some of us began discussing this in the secret FB group, tagging Randi, trying to get her to respond. Others emailed. (If I were the publisher, and buy links weren't up on release day, I'd have been in contact with my authors every sinkin' day, apologizing profusely and doing everything I could to fix the problem.) She didn't respond at first, but then she posted something on August 22nd --seventeen days after release day -- about the formatting being messed up and the file being 'corrupt.' She said a friend was working on it and that the anthology would go live in a few days.

On top of that, her post was somewhat miffed-sounding and arrogant. She was more concerned that people were doubting she was ill than she was concerned about the fact she'd left us hanging with no word -- even through her assistant -- about what was going on. She should have been humble and apologetic, in my opinion. As I told her later in a PM, if she'd simply communicated to us about a heath challenge, I would have wished her a heartfelt get-well and waited indefinitely.

Oh, and at least one seasoned formatter / publisher offered to help fix the formatting before release day. Randi never sent the files. If the formatting was the issue, this anthology could have been published by August 5th.

Finally, when things got heated (some members sided with her in the secret FB discussion), her assistant posted something vague about a possible surgery Randi was having. I don't know whether it was true or not, but by then, many of us didn't care. If there was a delay for reasons of health, Randi should have gotten a message to us somehow.

Talk of pulling our submissions began. I chose to withdraw mine, but I wanted to give Randi one last chance to publish, so my 30-day notice was contingent on her not meeting certain stipulations. She had to communicate with us by a certain date and at least every 7 days thereafter, and publish -- at minimum -- the Kindle version by a certain date.

The first date of expected communication from Randi came and went with no word from her. Instead, to our consternation and shock, she deleted the secret FB anthology group and wiped everything from her website without warning.

I guess she wasn't having surgery after all.

I organized a new group for the displaced authors. I also mailed an updated version of my emailed notice, adding that Randi no longer has permission to use my story, my name, or my headshot. If you see anything of mine posted in connection to the anthology or Stay Classy Publications after the middle of next month, Randi is guilty of infringing on copyright. But I'm not the first. As of September 22nd, she will be infringing on copyright of the first of the authors to withdraw.

One of the things I discovered as this whole thing went south was that Randi has done this before. With at least two authors who had contracted novels with her, she stopped meeting deadlines, and then quit communicating. This is apparently a pattern.

As of today, she still hasn't communicated with us. From the little bits I've gleaned from others' conversations with one of Randi's confidants, Randi feels that we turned on her. I disagree. I was direct and demanded that she step up and handle her responsibilities, but I was not unprofessional. Of the authors posting in the secret group during that time, the thing most of us took issue with was not the delays, but the lack of communication. I even posted: Much can and should be forgiven. Just communicate with us.

I know I've been lousy about posting and not making visits lately. Please extend me some grace. I have an editing job that's due back tomorrow. I'll visit blogs as soon as I can, but my obligation to my client comes first.

9-20-16 update:
Yesterday, after the time of my original blog post, Randi posted to her Facebook page her decision to 'dissolve' the anthology project. Then, early this morning, she sent out an email to the anthology contributors, stating the same thing and assuring us she had no plans to publish it in any form.

She also spoke of harassment and hate letters, and warned us about cyber-bullying. Obviously I have no way of knowing what all was sent to her, but the comments, posts and letters I'm aware of (most of which were private, either one-on-one or posted within the secret group) were not hateful or bullying in nature. They were just authors *she sought out and assembled* for this project asking for reasonable communication from her and calling her on her poor performance as a publisher, then later withdrawing from the project according to a clause she included in the contract, and asking her to abide by the same 'in writing' notification.

In her email, she accused us of immaturity, but it's Randi who's not behaving in a professional way. She's still blaming others for her own failures and refusing to take responsibility.