By Melissa April 18, 2017
I've come out of hiding, I mean hiatus, to help a fellow author and blogger.

Many of you know Joylene Nowell Butler. She has a book releasing today, but unfortunately, she can't promote it because she's on the injured list. She'll be okay, but you can imagine how frustrated she must feel over missing her own release party--especially of a book that's an IPPY Silver Medalist!

I'd love it if you'd celebrate and share the word in her absence, and I'm sure she would, too. 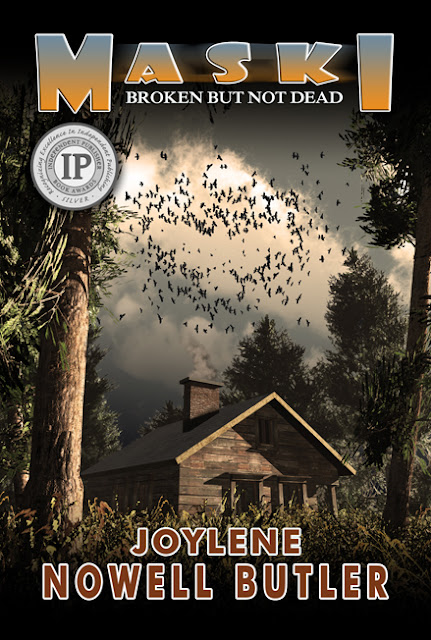 To the Breaking Point...

When Brendell Meshango resigns from her university professor position and retreats to her isolated cabin to repair her psyche, she is confronted by a masked intruder. His racial comments lead her to believe she is the solitary victim of a hate crime.

However, is all as it appears? After two bizarre days, the intruder mysteriously disappears but continues to play mind games with her. Taught by her mother to distrust the mainstream-based power structures, and with her stalker possibly linked to a high level of government, Brendell conceals the incident from the police. But will her silence keep her safe?

Then her beloved daughter, Zoë, is threatened and Brendell takes matters into her own hands. To save Zoë, Brendell searches for the stalker and confronts not just a depraved madman but her own fears and prejudices.

“Joylene Nowell Butler gets straight to the story, taking you from one happening to the next and keeps you turning the page.” - Martha A. Cheves, author

“Riveting and beautifully written. You won't be able to set it down.” Judith S. Avila, author

Joylene, Métis, is the author of Dead Witness, Broken But Not Dead, and Break Time. She and her husband and their two cats reside in Canada for the summers and Nayarit for the winters. They believe life should be an adventure. https://cluculzwriter.blogspot.com/