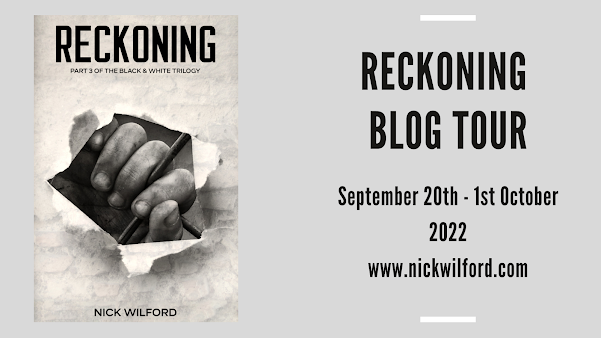 Nick Wilford has a new book, and he's visiting today with an excerpt. How cool is that!

Botilla woke up in the cramped hotel room where he’d been staying with his friends, Solomon and Crangle. He felt in his bones that he’d had enough, and surely the other two would agree. They didn’t have any pads, or anything fancy that the Harmonians had, but they did have a small TV in their room and they’d been watching the attacks on their countrymen with mounting horror. After seeing another three reported last night, by a newscaster who’d been grinning his head off, he’d fallen asleep and dreamed of Loretania, with towering buildings, a new sense of purpose, and people who loved and respected each other. It was definitely time to go home. Their lives were at stake here.

Besides, the welcome sum they’d received when landing here – few Loretanians had carried any money with them, and it was still a relatively new concept – had almost dried up. As none of them had succeeded in finding work, they wouldn’t be able to stay here much longer in any case.

“Psst, wake up,” he said to a snoring Solomon, who was occupying the middle of the double bed that all three of them shared. He sat up, rubbed a hand through his hair and, in turn, roused Crangle, who rolled out of bed and arched his back in the limited space between the bed and the windowless wall. Botilla folded his arms across his chest.

“Right, I don’t want to make decisions for all of us,” he said. “But I think we’ve given it our best shot here, and there’s nothing for us. If I’m right, I don’t think we’ve got enough money to stay another night?”

Solomon exchanged a look with Crangle, who said, “Mate, I’m glad you’ve said that. I didn’t want to be the first to. I just don’t think we belong here.”

Solomon nodded. “Yeah, I can’t wait to go home. Now that it’s being developed there’ll be a lot more for us there.”

“So we all agree,” said Botilla. “Let’s pack up and get the first boat home.”

It only took the three friends a few minutes to pack their meagre possessions. After they’d finished, they looked around the tiny room for the last time. It showed no signs of them ever having been here.

“Well, so much for Harmonia,” said Crangle. “Not all it’s cracked up to be.”

They went out and closed the door, before trooping downstairs to the reception area. They knew it would have been renovated like everywhere else when the new government took over, but already it was looking worse for wear, with paint peeling off the walls and a grimy accumulation of dust on every surface.

Botilla put all of their keys on the top of the desk, behind which sat the surly-looking proprietor flicking over the tab in his hand. He looked up.

The proprietor gave a crooked sneer, his wrinkled face creasing up even further on one side. “Had enough, have you? I knew that would happen sooner or later. There’s nothing for your kind here.”

Botilla simply nodded, not responding to the man’s open-faced venom. “Thank you for your hospitality, sir.” The three moved away towards the door.

As they did so, they heard the man yell, “Good riddance! Maybe I’ll be able to get a better class of clientele in here now.”

It was still fairly early as the trio made their way to the docks. A faint mist clung to the buildings, and there weren’t many hovercars or pedestrians on the roads. That suited Botilla fine, as he didn’t wish to suffer any more abuse before they had a chance to leave. He wondered what it was that marked them out as foreigners. They weren’t very different in outward appearance to the natives here, although they had that ruddy, weathered complexion that came from a life spent mostly outdoors, often in the baking heat. Repairing dirt huts and trying to find clean water. Honest toil, something that most here, with their pads and their air conditioning, knew very little about. He was happy to be going home to be with the noble, hard-working people he had grown up with.

The friends made their way through the streets in silence. The air of dejection was palpable, and they knew they would have a couple of nights of camping out in the open before they reached the docks, surviving on the few rations of food they had stored in their room. It could have been a good life in this country. Just a shame about the inhabitants.

After a while, the buildings got smaller and were more residential. They were moving through the suburbs and would soon reach the city limits, where a wall had once stood, until the leader Wellesbury had ordered it taken down.

“I won’t be sorry to see the back of this place,” said Botilla.

Just after he said that, a group of about ten young men rounded the corner in front of them, laughing and pushing at each other. A couple of them noticed the Loretanians and nudged at their comrades. After a second or two, they all stopped short and looked at the trio with narrowed eyes and thin-lipped grins.

“What do we do?” whispered Crangle to the other two. All three of them were still advancing.

“Nothing,” said Botilla. “Why should we worry about a bunch of kids? They look younger than us.”

“They’re blocking up the whole pavement, though,” said Solomon.

“Fine, we’ll cross over,” said Botilla. “But you’re worrying about nothing.”

The three friends halted and looked up and down the road. By this point, the rush hour was coming to an end, although there were still a fair few hovercars making their way into the city centre. They waited for an opening, but by the time it came, the first of the gang of youths was upon them.

“You’re not from around here, are you?” he said as his friends fanned out to form a circle around the trio.

None of the Loretanians responded, but they could not now move to cross the road without shoving their way through the line, something that they did not want to do.

“Answer me,” said the kid, who seemed to be the one in charge. The others’ eyes were flicking from their leader to their quarry and back again, as if goading him on. When he continued to be met with silence, he reached out and shoved Botilla. Although he was slightly built, his victim was taken off guard and stumbled before falling to the ground.

“Got your attention now, have we?” said one of the leader’s cronies, leering.  The mob tightened their circle, closing in. The three outsiders could make out cars flashing by, but none were stopping to offer any help.

With Crangle’s hand on his back, Botilla tried to get up, but his legs were swiped out from under him.

“We don’t want any trouble,” said Solomon. “I know you know what we are. We’re leaving this country for good and going back where we came from.”

“Ah, great, looks like we just caught you in time then,” said the leader, the sun glinting off a flick knife that had appeared in his hand. “Wouldn’t want you putting off anyone else coming here. That’d spoil our fun, wouldn’t it?” 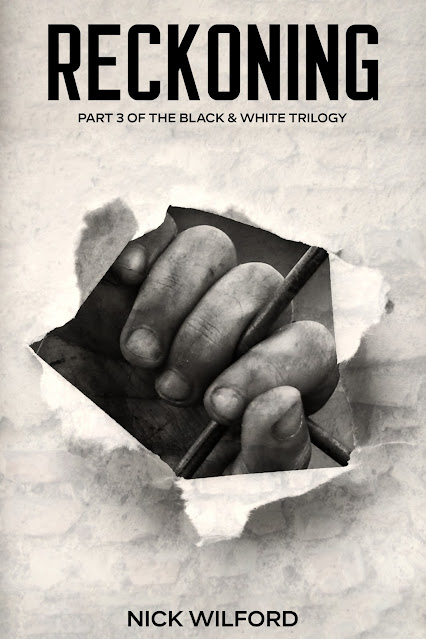 The time has come for those who perpetrated wrongdoing and suffering on the land of Loretania to face their judgement. Lord Histender and the other members of the deposed Reformers’ Government are in jail awaiting trial for keeping that country in a state of disease-ridden deprivation, alongside other heinous crimes.

Wellesbury Noon and Ezmerelda Dontible, the kind and benevolent new rulers of Harmonia, are looking forward to seeing justice finally being done. But nothing is that simple. Lunkin, the psychotic former Chief Scientist, has one more trick up his sleeve and is wreaking havoc even from behind bars. Soon, Loretanians who have come to make a new life in Harmonia are falling victim to hate crimes and brutal attacks. And things take a turn for the desperate when Wellesbury himself becomes compromised.

Can Welles and Ez turn the tide of public opinion and secure justice for the people of Loretania before it’s too late?

Reckoning is available at:

Add it on Goodreads 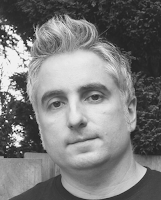 Nick Wilford is a writer and stay-at-home dad. Once a journalist, he now makes use of those early morning times when the house is quiet to explore the realms of fiction, with a little freelance editing and formatting thrown in. When not working he can usually be found spending time with his family or wrangling his six adorable dogs. His first traditionally published novel, a YA sci-fi adventure entitled The Becalmer, will release from Creative James Media in August 2023. His other books include the Black & White Trilogy, a YA dystopian series, and A Change of Mind and Other Stories, a collection featuring a novella and five short stories, four of which were previously published in Writer’s Muse magazine. Nick is also the editor of Overcoming Adversity: An Anthology for Andrew.