By Melissa March 06, 2012
Romance writers, especially those interested in writing Christian Fiction, will enjoy today’s guest, Fay Lamb. Fay wears many hats, but she’ll be speaking to you today as ‘Fay Lamb, published author of romantic suspense.’ Please, give her a warm welcome and enjoy the article. 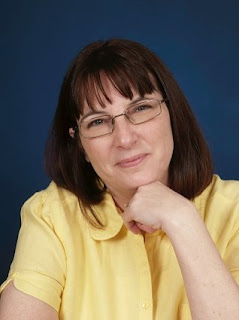 Writing Romance: When Less is More
There are certain Bible passages that lift my heart or stir deep feelings in me no matter how many times I’ve read them. Genesis 26:8 is one of those. “And it came to pass, when he [Isaac] had been there a long time, that Abimelech king of the Philistines looked out at a window, and saw, and, behold, Isaac was sporting with Rebekah his wife.”
In this instance, sporting refers to a caress. And what a caress it must have been for a king to immediately realize Isaac was more to Rebekah than a brother. In fact, the next verse tells us that in that caress the king knew Rebekah was Isaac’s wife.
There’s nothing scandalous in the Bible’s account, so what makes it touch hearts so deeply?  One single word in the entire account brings it so vividly to mind. Several different words could replace sporting, but would the passage be as memorable if replaced by kiss, touch, or even caress? No. Sporting brings with it a vision of a young man smitten by the woman he loves, leaning in, his thumb brushing her cheek as his lips meet hers. One word brings it to life for me, and I am stirred by the poignancy of the moment.
So why do writers sometimes feel they must trample over readers’ imaginations by bringing us into places we should never go only for the sake of a love scene. Unless the actions of the characters are imperative to the story, less is more.
In my novel Because of Me, young lovers are separated by terrible circumstances. For a long time, all they have of each other are their memories. Wanting to show more with less, I delved into how to capture memories so strong they would reflect the ache in the characters’ hearts despite all that has torn them apart. And I thought of Genesis 26:8.
When the story opens, Issie Putnam is thinking about Michael Hayes:
One thing she’d never forget was the way his eyes, the color of dark chocolate, always followed her lips when she spoke, as if he wanted to kiss them long and deep. He’d loved her then. She loved him now.
A short paragraph that shows Issie’s pining heart, but Issie’s memories also leave no room for doubt. Michael loved her.
Later we find that despite new obstacles between them, Michael’s love for Issie is just as strong. Here they meet for the first time in many years while a storm is raging around them:
“Issie?” Her name on his lips brought a shiver, and she opened her eyes. Lightning illuminated the area for a brief second, and a boom of thunder broke over them. “My truck’s over here. Let me give you a ride home.”
“Are you really Michael?” Cole blinked the rain out of his eyes.
“And how would you be knowing that, lad?” Michael asked.
Issie giggled at the brogue he always mimicked so easily when he’d been around Matilda. Michael’s gaze fell on her lips as if fascinated by her action, the way he’d always done when she laughed.
“Michael.” She found her voice. “It really is you.”
In a love scene, lengthy descriptions of the characters’ touches and actions can do nothing like a few carefully chosen words that evoke the reader’s imagination and show the strength of your characters’ feelings for one another.
God plants those seeds for our imagination to be able to connect pictures of what lovers do. Our God didn't just mention sporting in His book so long ago...He invented it. 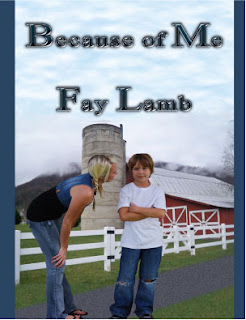 Not your typical Christian fiction.
Michael’s fiancée, Issie Putnam, was brutally attacked and Michael was imprisoned for a crime he didn’t commit. Now he’s home to set things right.
Two people stand in his way: Issie’s son, Cole, and a madman.
Can Michael learn to love the child Issie holds so close to her heart and protect him from the man who took everything from Michael so long ago?
Available through all fine book retailers, Amazon, and MountainviewPublishing, a division of Treble Heart Books.
***
Fay Lamb works as an acquisition/copyeditor for Pelican Book Group (White Rose Publishing and Harbourlight Books), offers her services as a freelance editor, and is an author of Christian romance and romantic suspense. Her emotionally charged stories remind the reader that God is always in the details. Because of Me, her debut romantic suspense novel was released on February 3, 2012, by Treble Heart Books/Mountainview Publishing.
Fay has a passion for working with and encouraging fellow writers. As a member of American Christian Fiction Writers (ACFW), she co-moderates the large Scribes’ Critique Group and manages the smaller Scribes’ critique groups. For her efforts, she was the recipient of the ACFW Members Service Award in 2010.
In 2012, Fay was also elected to serve as secretary on ACFW’s Operating Board.
Fay and her husband, Marc, reside in Titusville, Florida, where multi-generations of their families have lived. The legacy continues with their two married sons and five grandchildren.
You can find Fay here:  Website
~~~~~~
Thanks for those insights, Fay. Anyone can hook readers with graphic prose, but it takes a talented writer to draw them in and evoke emotion with such chaste descriptions. Kudos. I'm reading Fay's book right now and, boy, 'not your typical Christian fiction' is right! Fay drops the reader right into the action with a bang and doesn't pull any punches where tough issues are concerned. Because of Me is a plain-spoken heart-tugger from page 1.
Thanks to all of you for visiting. We love your comments.

I hope you'll return tomorrow when author Linore Rose Burkard joins us with a post on developing characters. ; )