Grammar Police Monday - Who, Whom and Other Pesky Pronouns 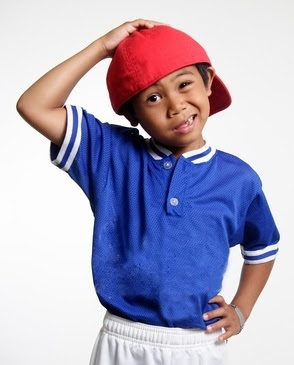 Who's on first?
When to use who vs. whom is a grammar issue that stumps a lot of people, but it's really not that difficult if you know the rule. Use whowhen you are referring to the subject of a clause and whom when you are referring to the object of a clause. The subject is the one doing the action, and the object is the one having the action done to them.
Ex: Paul hit Allan.
In this sentence, Paul is the subject and Allan is the object.
Now that you understand that, I'll give you a short-cut way to figure it out.
He = Who and Him = Whom.
If you would use 'he' in the sentence, then use 'who.' If you would use 'him,' then use 'whom.' Who hit Allan? (He hit Allan.) ...Paul hit whom? (Paul hit him.) 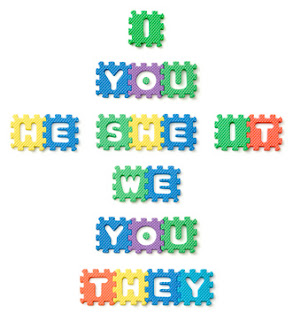 While we're on the topic of subjective and objective pronouns, let's touch on some problems with them. First, I'll give you a list of each. Subjective pronouns are used when they are the subject of the sentence. They are I, you, he, she, it, we, and they. Objective pronouns are used everywhere else. They are me, you, him, her, it, us, and them.
Take the sentence: '___ did it.' If you can fill in the blank with it, it's a subjective pronoun. (I did it. He did it. They did it...blah blah blah) That's easy, right? Problems usually arise when sentences get more complex.
Which is correct?
1. Her mother and her went to the store.
2. Her mother and she went to the store.
The answer is #2, because 'she' (part of a compound subject) is doing the going, so you use the subjective form. And you could flip it and say: She and her mother went to the store.
Another one that stumps people is this:
Mary is taller than (I / me).
Which one do you choose?
Choose 'I.' How do you know?
Easy. Just mentally complete the sentence.
Mary is taller than I am.
(am is a verb, and I is the subject of that verb)
One last item... Reflexive pronouns - myself, himself, herself, itself, themselves, ourselves, yourself, yourselves- should be used only when they refer back to another word in the sentence.
Ex: I worked myself to the bone.
Incorrect: My brother and myself did it.
The word myself does not refer back to another word.
Correct: My brother and I did it.
(Source: Grammarbook.com )