By Melissa September 09, 2012
*Don't worry. You didn't lose a day, or your mind either. This lesson is being posted one day early so I can host Carrie Butler's cover reveal for her debut novel, Strength, tomorrow. :) 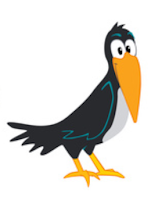 Have you ever had to eat crow over a comment you made in a critique?

Today we're going to start with one of my goofs and go from there, covering a few common usage errors.


In the process of swapping chapters with a critter of mine, I commented on his use of the word myriad.  I had always heard it used with the word of following it, as in a myriad of stars in the sky, and I marked it as such.

When I came across it a second time, I began to question the usage and looked it up. Oops. I was wrong. I promptly commented to that effect and apologized.

Myriad can be a noun or adjective and means a great or indefinite number of persons or things. And it stands alone. Do not follow it with the word 'of.'

The myriad stars in the night sky.

[Edited to add: It has been brought to my attention that my advice on the use of myriad is possibly incorrect. The source I used to prepare this lesson did not list a version using of. According to Grammar Girl, the issue is, by some, hotly debated. Seems I'm eating crow yet again... :P]

What about this...
Do you say a couple or a couple of?

Unless you are trying to make a line of dialogue sound casual, use the proper form a couple of. Leaving out the 'of' forms the slangy version of the phrase.

Same goes with might ought—often stated might oughta because ought is followed by the preposition to, which sometimes doesn't get properly pronounced.

Might and ought are both auxiliary verbs. Might is a form of may and expresses possibility. (I might go to the movies later.) Ought expresses obligation. (You ought to help your mother carry the groceries.) Use them separately all you want. Use them together, however, and you (or your character) will sound uneducated. 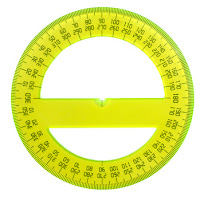 If you turn half the way around, such as moving from facing north to facing south, you have turned 180 degrees. If you turn 360 degrees, you've turned a complete circle and you're right back where you started.

Therefore, if your character has made a drastic change in his behavior, then he's 'made a complete 180,' not a complete 360.

I hope you found this lesson helpful.
Thanks for visiting. :)