By Melissa January 18, 2013
There are so many books being published by friends around the blogosphere, I decided to make a special post to tell you about some of them.

Reasons I Fell for the Funny Fat Friend by Becca Ann was published on January 8th. I can't wait to read this story. It involves sign language and a hero falling for his matchmaker. You can find Becca on Facebook & purchase the eBook or paperback at Amazon. (YA) 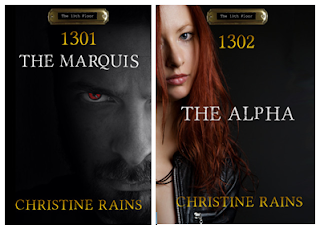 The first book in The 13th Floor series by Christine Rains, 1301 - The Marquis, and the second, 1302 - The Alpha, look wonderful, too. You gotta love those covers! These paranormal romance novellas are available on Amazon, B&N, and Smashwords.

Destined by Ali Cross was released in December. It's a YA paranormal romance and the final installment of the Desolation trilogy. (Gotta love these covers, too.) You can learn more about the series by going to the site, to Goodreads, or to Amazon.

Healing Summer by Elizabeth Seckman, also released in December, sounds like my kind of book. It's her second, involving a hunky Coulter man and filled with real life obstacles and great romance. Find the author and the book at her blog, on Amazon, and on Facebook.

December was a busy month! It also brought us Her Heart's Secret Wish by Juliana Haygert. In this new adult contemporary romance novelette, the tables are turned. The beautiful co-ed is the player and her handsome, smitten professor has the job of discovering the person behind the facade. You can purchase the book at Decadent Publishing, Amazon, and Barnes & Noble. And you can find Juliana on her website, blog and at NA Alley. 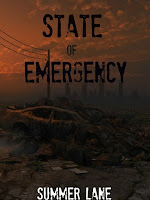 State of Emergency by Summer Lane—another NA Alley sister—was released today! It's a new adult dystopian romance about a high school graduate who must survive after an electromagnetic pulse destroys the United States and turns it into a war zone. I don't have buy links, but clicking on the title will take you to the book's Goodreads page. You can find Summer on her blog, on Twitter, and at NA Alley.

Lynn Rush's book Tainted, the final installment in her Wasteland series, was released on the 15th. The release party is scheduled for the 22nd. There will be hourly posts & opportunities to earn entries toward the grand prize, a Kindle Paperwhite. Check it out!

Sapphire Star Publishing has some great titles coming your way this spring. For a listing of their books, both published and STBR, go here. Some you'll want to mark your calendars for are: 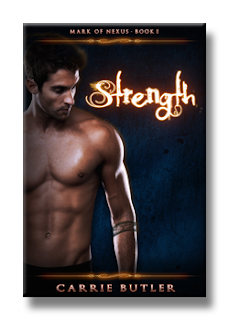 NA sister Carrie Butler's debut novel, Strength, is also due out from SSP this spring (3/7/13), and I can't wait to tell you more about it. Look for a review on my blog later this month. (I know, I know. A woman can change her mind. :P)

I'm sure I've missed a ton of titles, and for that I apologize,
but I wanted to give you a taste of what's out there.