Grammar Police Monday - The Bank You're Welcome To Rob 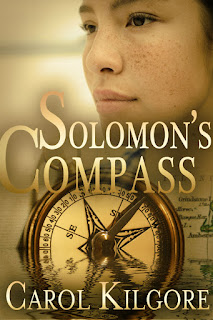 It's finally time to reveal the cover for
Carol Kilgore's new book!

When U.S. Coast Guard Commander Taylor Campbell discovers her uncle’s drowning death was murder, she must determine the killer’s identity in order to prevent another murder. Jake Solomon’s job is to make sure Taylor isn’t the next victim.

Carol Kilgore is an award-winning author of several published short stories and many essays and articles. Solomon’s Compass is her second novel, a blend of mystery, suspense, and romance she calls Crime Fiction with a Kiss – always at least one crime; always a love story. Carol and her Coast Guard husband live in San Antonio, Texas, with two herding dogs that like nothing better than pack time on the patio. 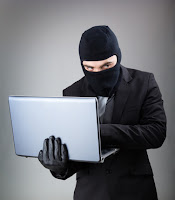 Today, I'm addressing some commonly-confused words and phrases, all of which happen to be verbs.

Dispose vs Dispose of
Dispose means to incline toward, to arrange or place, to prepare, and to decide or settle.

His background in aviation disposes him for this kind of work.
And just like that, the matter was disposed.

The phrase dispose of can also mean to settle, but conveys more of a finality. It also means to discard, do away with, or destroy.

After killing his mark, the hit man disposed of the murder weapon.

Dispense vs Dispense with
Dispense means to deal out or distribute.

The phrase dispense with means to do without, to forgo, or to rid one’s self of.

You can dispense with the introductions. We already know each other.

Gone vs Went
Gone is the past participle of go. It requires a helping verb—in this case had.

By the time we returned, they had gone.


Gone can also be used as an adjective meaning departed, left, or dead.


The days of black and white television are gone.

Went is the simple past tense of go. Do NOT use a helping verb with went.

Yesterday, we went to the mall.

Rob vs Steal
Both rob and steal mean to take something without the owner's consent, but there is a subtle difference. You can rob a bank, but what you actually steal is the money. You can also rob a person, but what you steal is their belongings or more abstract things, such as their pride.

Chronic, degenerative illness often robs a person of their dignity.

The boy stole into his mother's room and returned the ring without her ever knowing he was there.

I hope you found something useful.

If this lesson didn't cover the topic you needed,
check out the Grammar Police Files.
It's a permanent page on my blog with links to all the posts.

Next week, I'm planning to (finally) post grammar by request and answer a few questions visitors have had over the last few months.