By Melissa February 22, 2013
Apparently I’m popular. Or an easy mark. I haven’t decided which. LOL

I’ve been tagged twice this month with... 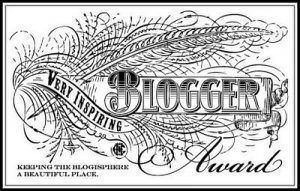 ...once by Tina DC Hayes, author at large, and again by Charlie Holmberg over at Myself As Written. Thank you, ladies!

The rules are:
1. Display the award, proudly, on your blog.
2. Thank the person who nominated you and link back to them.
3. State 7 things about yourself.
4. Tag up to 15 other bloggers and link to them.

Great! Another opportunity to bore my visitors to tears and drive them away.
Have you figured out yet I’m in a goofy, snarky mood?

Seven things about me:
(You can skip this part. I won't call you on it, I swear.)

2. The subject of genetics fascinates me.

5. I had all my kids at home. Yes, it was awesome. No, I didn't take any drugs. My first labor lasted 13 hours. My second lasted 3. When the midwife didn't make it in time, hubby caught twin #1.

Hubby and kids when they were younger and cuter. :P

6. I'm a neonatal nurse, and I love newborns. (Good thing, right?)  They're neat little patients. Keep them fed, burped and in clean pants, and they're happy. Can't say that for grumpy old adults. They're also tougher and have more personality than people give them credit for.

7. I once taste-tested infant formula. It was 3:00 AM and we nurses were bored. What can I say? Nursoy (no longer on the market) won. Isomil lost. Bigtime.

Now on to the tagging...

This is the hard part. Many of the inspiring bloggers I know have recently been tagged. So, if this is a duplicate, feel free to link back to your original post in the comments and revel in your greatness. ;)


It's time for Alex's cover reveal! 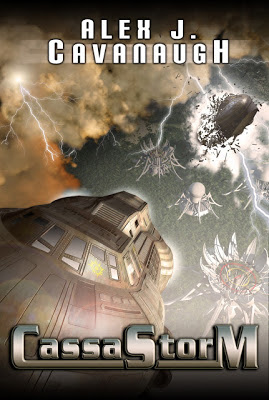 What an awesome cover!!!

Byron thought he’d put the days of battle behind him. Commanding the Cassan base on Tgren, his only struggles are occasional rogue pirate raids and endless government bureaucracies. As a galaxy-wide war encroaches upon the desert planet, Byron’s ideal life is threatened and he’s caught between the Tgrens and the Cassans.

After enemy ships attack the desert planet, Byron discovers another battle within his own family. The declaration of war between all ten races triggers nightmares in his son, shaking Bassan to the core and threatening to destroy the boy’s mind.

Meanwhile the ancient alien ship is transmitting a code that might signal the end of all life in the galaxy. And the mysterious probe that almost destroyed Tgren twenty years ago could be on its way back. As his world begins to crumble, Byron suspects a connection. The storm is about to break, and Byron is caught in the middle…

You can find Alex and more information about his books here.