What Does The Skunk Say? 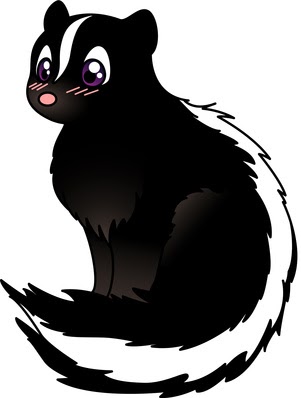 You know that song about foxes?
Well I wondered the same about skunks.
I thought they were silent. Not so.

My mom just caught skunk #11 in her back yard the other day. Yes, you read that correctly. Eleven skunks. Which is shocking, considering my parents live in the suburbs--the kind of neighborhood where, if you stand in between two houses and stretch your arms out, you can almost touch brick with both hands.

It all started several years ago, when they had a shed built behind the house. Skunks eventually took up residence underneath the structure. 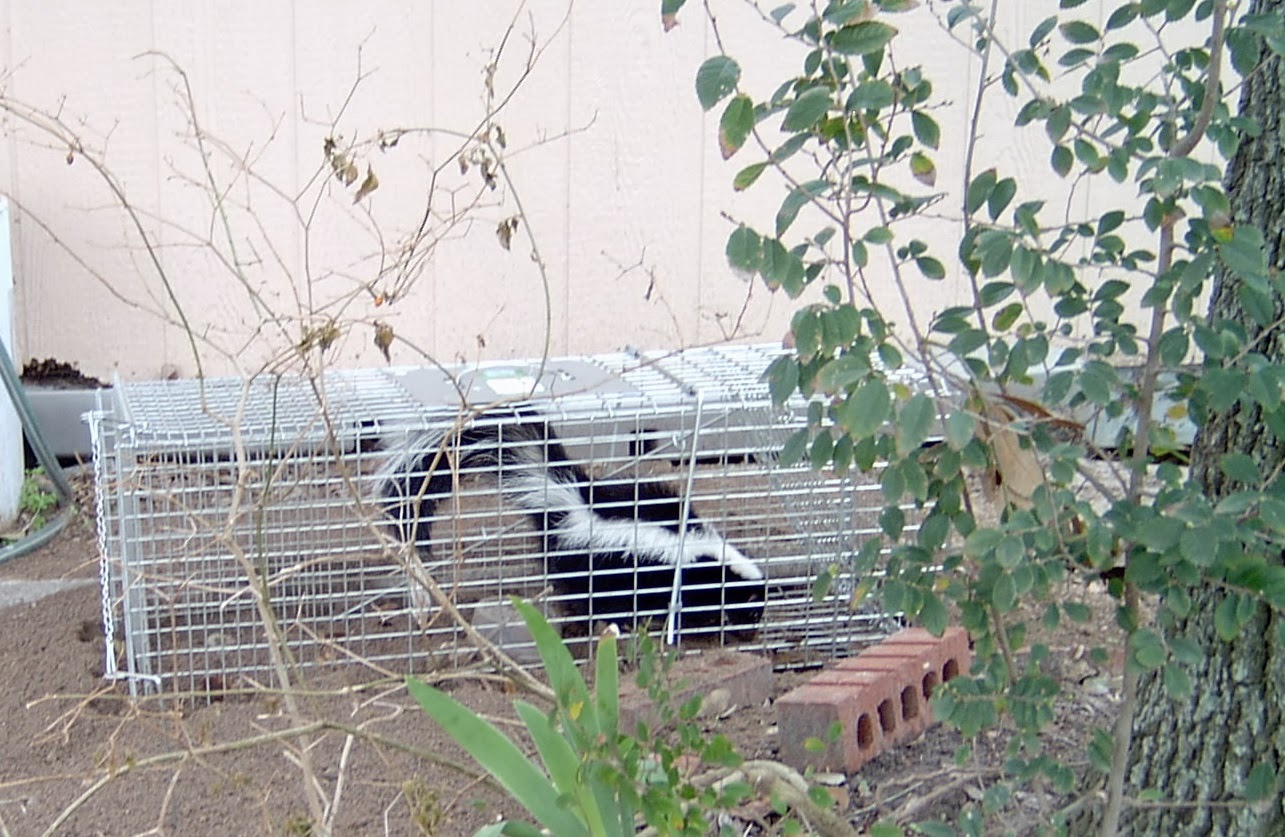 My parents trapped a couple, but then my father took ill and was unable to do that kind of thing anymore. Mom could set the trap, but because the professional that hauls them off is so costly, she gave up. 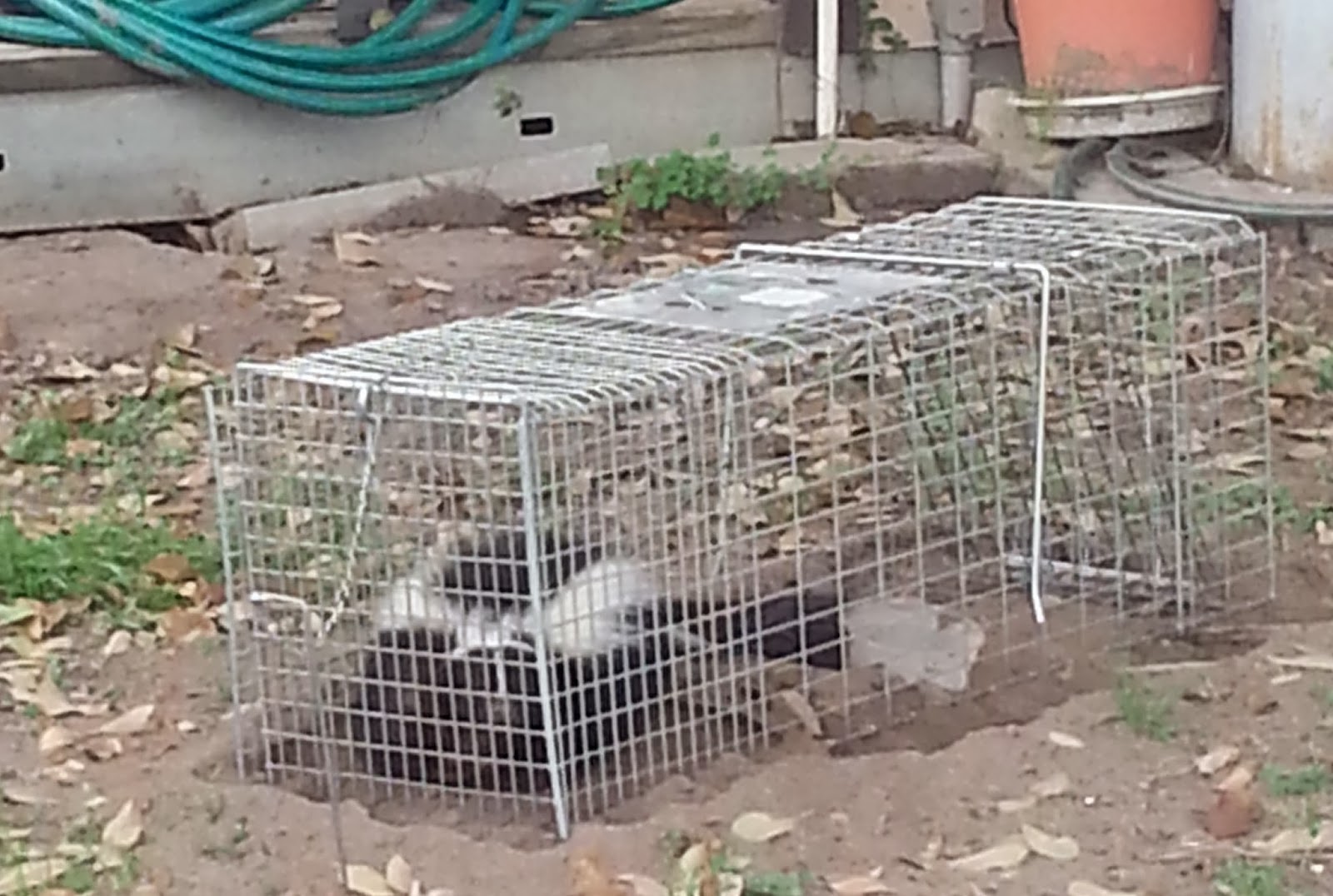 Side note: I took this picture of #11 when I went to do some work in mom's back yard. This little fella had been trying to dig his way out so diligently, he nearly counter-sunk the cage. (The person who hauls them off hadn't come to move him yet.) I told mom I must really love her to venture into a yard with a skunk to prune her trees. :P  Strangely enough, the skunk got quiet and lay down most of the time we were out there. We just made sure not to get too close.

Anyhow, back to the story...

Jump forward three years later. Mom discovered a way to move the occupied cage and haul the creatures off without getting sprayed, and her neighbor agreed to help. They started setting the trap nearly every night, and in a few weeks, they'd caught themselves a total of eleven skunks. But that's not the best part.

One morning during this marathon of trapping, mom awoke to a ruckus. At first, she thought some cats were fighting outside her window, but it didn't really sound like cats. She peered out and discovered it was skunks. Somehow, two of them had gotten caught in the trap at once. The silly things were fighting each other and squealing like pigs!

This was a major problem because the ongoing agitation made it impossible for the neighbor to get close enough to the cage to haul them off. He had to crush up some sleeping pills, mix it in some bait, and lower it down into the cage with a fishing pole so the skunks would knock out long enough for him to move them and release them into the wild.

I found a video on YouTube that shows the method they used.

And now you know how to safely catch and release a skunk.
Bet you never thought you'd learn that on a writer's blog. :)