By Melissa June 06, 2014
Edge of Truth (YA Dystopian) is officially 1-year old today! In celebration, Natasha Hanova is hosting a big giveaway with book contributions from multiple authors, me included.  :)

Since June 6, 2013, Edge of Truth has landed a spot on Amazon's Teen & Young Adult Science Fiction and Dystopian Top 100 List, earned an average review rating of 4+ stars, got facelift (a.k.a. new cover), and now has bonus content. Woohoo!

Please be sure to enter the Rafflecopter contest for a chance to win chocolate, an Amazon Gift card, or free books. First, enjoy this short excerpt of Rena watching Nevan perform on stage. In addition to her ability to trigger earthquakes, Rena can sense the tiniest ground vibrations.

As Rena approached the stage, the drums’ pulse crawled up through the bottom of her feet, though it didn’t make her nauseous like earthquakes did. It tickled her soles and delighted her heart. She pushed her way through the crowd, eager for a spot close enough to catch sight of Nevan. The band members took turns playing solo, but the current one didn’t play like Nevan. Even with the steady beat, some onlookers couldn’t catch the rhythm and their sporadic movements raked her nerves. She stood on her toes, attempting to see more of the stage, but was still too far away.

The music changed, the tempo intensified. She recognized Nevan’s style and felt torn between continuing to search for Blaze and watching him. If she didn’t take this opportunity to see his solo, she’d have to wait a whole year. He looked good, now and every other time she saw him. Watching him perform on stage was different. It made her feel like a musical thread tethered them.

She wanted less space between her and that thread. Remembering the boulders ringing the stage, she made her way to the first one she spotted. She slipped off her shoes and stashed them in her backpack, before she climbed up.

Rena connected with the sound waves flowing through the rock seconds before she spotted Nevan. He wore a pair of blue jean shorts and a saffron gold V-neck shirt. The short sleeves of the fitted material hugged his biceps. Her lips parted as sudden warmth surged through her body.

Nevan played with abandoned fervor, eyes closed and lower lip between his teeth, his hands thumped away at the drumheads. Somehow, he managed to keep hold of the bongos while he danced on his seat. Even his dreadlocks rollicked as his head bopped to the rhythm. Joy flowed from him and spread through the crowd. Soon, almost everyone danced along. Like back-up singers, a number of people infused the music with their fingers snapping, hands clapping, and scat singing.

Rena swelled with pride she had no right to claim as his song morphed into something so emotionally raw, it gripped the very essence of her. Right there on that boulder, she danced. And didn’t care who saw. Her body dipped and swayed in perfect time as if she knew his improvised song by heart, as if he’d written it for her alone. She wrapped herself in the thought, that she was Nevan’s muse, and everyone else, everything else disappeared.

The powerful beat pulled her deeper into his song. Exquisite vibrations rolled from the stage as if their only purpose was to delight her soles. She closed her eyes, gave into the pleasure, and settled her feet against the rough grain of the boulder. The sound climbed up her calves, liquefied her knees, and continued to her stomach. It grew warm, tingly. She wanted to laugh with joy.

Nevan picked up the tempo, making her want to sink to the ground and more thoroughly tighten the tether between them. She opened her eyes, willing herself to remain upright, and barely succeeded. The crowd erupted with applause as his solo slowed. The next drummer would take over soon. By the look on the guy’s face, he was upset about following that performance. Eyes still closed, and a triumphant smile on his face, Nevan’s thumps softened. His eyes finally opened to half-slits, dazed and fierce at the same time.

They focused on her.

And that was the sad thing about one-way crushes. She could fantasize all she wanted, but in the end, him looking at her was probably only a coincidence. On the boulder, she stood elevated above most people. Humiliating herself in front of him once, was enough. With the rhythm of his song etched into her soles, she took a step back and fell.

A nearby woman gasped. Her floral scented hair brushed Rena’s hand when she bent to help her to her feet. “Are you hurt?”

“Nothing but my dignity,” Rena grumbled as she dusted off the back of her dress and straightened her necklace.

Natasha Hanova is an award-winning author of young adult and adult dark fantasy/paranormal fiction. Edge of Truth (June 2013) is her debut novel. Her short stories appear in multiple anthologies. She loves nibbling Peanut M&Ms while reading paranormal, dark fantasy, and/or dystopian books with heavy doses of romance. She lives in the Midwest with her husband and children. Find her blog at NatashaHanova.com.


Now enter for a chance to
get your hands on some books! 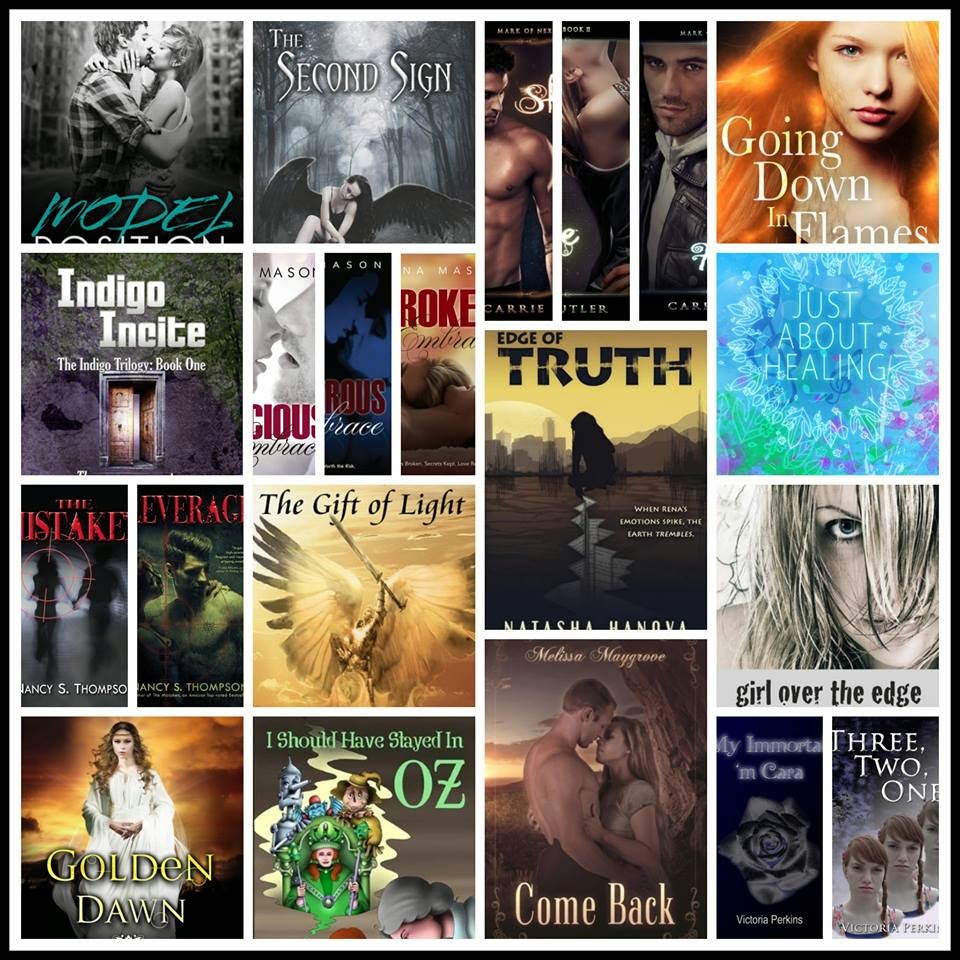