One Man's Treasure Is Another Man's Trash - Avoiding The Dump

By Melissa June 16, 2014
Creating stories is fun, isn't it? Chances are, your novel flows like a movie in your head, complete with character studies, story images, and script notes. Heck, I bet I could ask you how your MC would feel or what s/he would do in a particular situation, and you could tell me—even if it wasn't in your book!

You know your story and your characters frontwards and backwards, inside and out. And your readers don't. This is the reason new writers are so prone to committing the infamous info dump.

What qualifies as a dump?

Basically, it's any information you include that the reader doesn't need to know to understand the scene or (initially) bond with the characters. Although a dump can happen at any point in a story, and often does, they're usually worse at or near the beginning.

Sometimes it helps to come at a problem from a different direction,
so let's do that.

What ISN'T a dump?

And that's where the problem lies, isn't it? Deciding what's 'necessary.'

Some writers are so worried about committing the dreaded dump, they go too far in the opposite direction and dole out such scanty details that readers put their book down for an entirely different reason. Starving them is just as bad.

Symptoms of the anti-dump:

So what's a writer to do?

I don't claim to have all the answers (I'm still figuring this out myself), and the topic is somewhat subjective, but I'll offer a few thoughts that might be of some help.

I'm a visually oriented person, so I'm going to attack this subject from a visual angle.

(Note: The following scene example was crafted for the purpose of illustrating info dumps and how to avoid them, not teaching plot or story beginnings. Translation: I threw this together for a blog post. Don't judge me. :P)


Prior to reading the first line,
this is what your opening scene looks like to you. 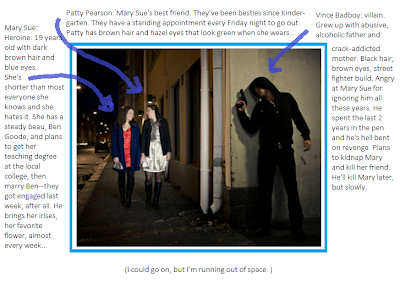 This is what it looks like to your reader. 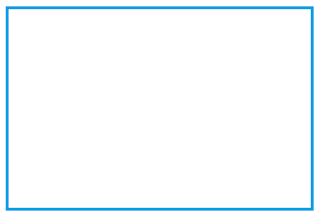 They may have vague images floating around in their heads after seeing your cover and reading your blurb, but they're waiting for you to set the opening scene.

Which character will be mentioned first? Where will the opening scene take place? Will it be indoors or out? Will the character be alone or with others?

Your readers are picky and impatient—that's true—but they're also hungry for information. If you play your words right, you'll get them to nibble long enough to set the hook.

Let's look at the scene again. 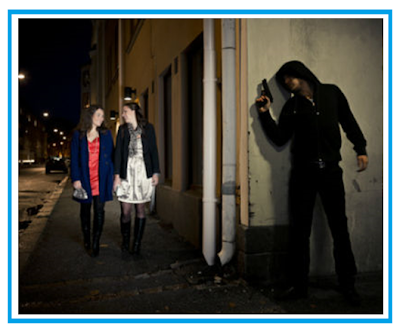 How would you approach it?
What information would you include?

Thanks for sticking with me through that mile-long post.