To celebrate the release of Elizabeth Seckman's new book, Bella's Point, I'm participating in her blog hop challenge. The instructions were: write 'something readers want to read' (anything—no restrictions, no word limit), using the prompt provided, and hope it pleases the judges.

Want to join the challenge to win cash, prizes, and bragging rights? The linky is open to accept new participants all the way up until the 31st!  Sign up here!

Well, here goes. This short piece was written hurriedly, with minimal research, and is unedited.  It's also a tad gritty. You've been warned!

The War is over, and Lincoln is dead. So are my parents, my sister... even our cow. I’m the only living thing left on this piece of land that has belonged to a Montgomery for more than eighty years. I’ll probably die, too, just more slowly. But not with any less pain.

A bullet would be preferable to starving, to burying my family and knowing I'm a coward.

I was down at the creek when the band of Union rogues came. I heard their raucous laughter above the screams of my mother and sister as they begged for life... then begged for death. I flinched when they shot my father. I also flinched at the next two shots and gagged because they didn’t come sooner.

Like a fool, I hadn’t brought my gun. I couldn’t do a single thing to help them. All I could do was hide. And cry.

When smoke filled the sky the next day, I'd wished with all my heart that the rogues had found me, too. The fields were burned. The house was gutted. My beau had been killed in battle. My life was over anyway.

I dragged myself from my room—the only part of our home with its walls still intact—and trudged toward what was left of our garden. The Yanks had raped that, too; but maybe, in their haughty haste, they’d left me something.

I knelt in my tattered, soot-stained skirt and clawed at the ground above the row that held the potatoes. It might only yield a few meals, but a few was more than none.

Sweat trickled down my back and coated my brow as I scraped the wilted, broken vines aside and curled my fingers into the earth. “You didn’t get it all, you heartless heathens,” I muttered as I stacked the dusty lumps into a small-but-growing pile.

The cool shadow of a man slithered its way onto the dirt until it completely surrounded me. Instead of tingling with fear, my limbs went numb with resignation. Maybe this was for the best. Maybe, if I made him angry enough, he would skip the folly, kill me quick.

“Beg your pardon, Miss.” The soft southern drawl wrapped around me and warmed a path through my veins like fine bourbon.

Reb didn’t guarantee honor, but it was a start.

I blotted the sweat from my forehead and twisted my upper body around. The man had whiskey eyes to go with his 80-proof voice. Kind eyes.

He stood with a sack thrown over one shoulder. The position tilted his hips and made his muscles bulge. Under days-old stubble, dusty clothes, and rolled-up sleeves, he had a tanned, hard body that would tempt a preacher’s wife to sin.

If anything could make me forget...

He looked around. His sculpted lips pressed into a firm line as he eyed the devastation. I felt the same, but I rued the loss of the slight curve that had hinted at a smile.

“You’ve got yourself a mess,” he said, turning those striking eyes on me again.

His comment brought me back to my senses. “What do you want?” They all wanted something.

His brows rose at my tone. “Well, I could use a meal and a place to rest for the night.”

“Sorry,” I said, turning back to my garden. “I can’t help you.” I knew better than to turn my back on a stranger, but I was defenseless either way, so what did it matter?

Footsteps approached and I finally stiffened.

“Maybe this will change your mind.”

Barely able to breathe, I turned my head. A dead rabbit dangled from his grasp.

He squatted down, his lips forming that almost-smile again. “Look. You need help, I need rest, and we both could use a good meal. How about it, Miss...”

“Montgomery,” I supplied with a oddly fragile voice. “Laurel Montgomery.”

Maybe there was hope after all. 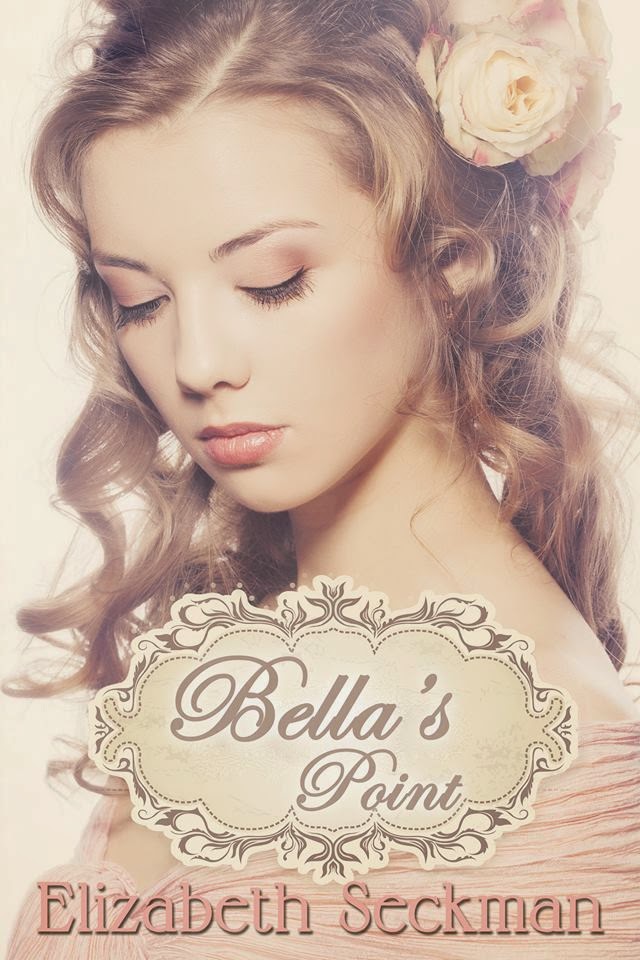 Isabella Troy Stanley is a divorced, slave freeing pariah surviving in the shattered post Civil War south the only way a fallen debutante knows how.

She heads to a Yankee prison and buys herself a husband.

Jack Byron is the former Troy plantation stable boy and object of young Bella's affection. He rejected her then, and he's still not sold on the idea of marrying her now.

Though to Bella, it’s simple: make Jack love her, marry her, and live happily ever after. The plan seems to work...at least until her secret is revealed.

Elizabeth is a wife, a mom, and a writer. She has four wonderful boys, one dusty house, and three published books to her credit. Feel free to check them out and buy them HERE! Erm, the books, not the kids or the house...though all things in life are negotiable ;)