By Melissa July 16, 2015
Life as a self-published author is often a patience-trying experience. We work hard for months, hammering out thousands of words, polishing them just so, and then waiting on other professionals to complete their contributions to the project so we can get the things we need to launch our book babies into the world. Mostly, we fidget, and fret, and twiddle our thumbs. But sometimes, a whole bunch of things suddenly fall into place all at once.

Well, that's the way it went with my upcoming release. If things keep going as they are, the e-book version might be published as early as the end of next week, and the paperback by the end of the month.

That being the case, I decided I'd give you a peek at the cover.
Carrie Butler has been at it again, and she's done a super job. :)

**Spoiler ahead, if you haven't read my debut***


After reading Seth and Rebecca's story, Come Back, readers asked me if I'd write Rachel and Jacob's story, so I did. 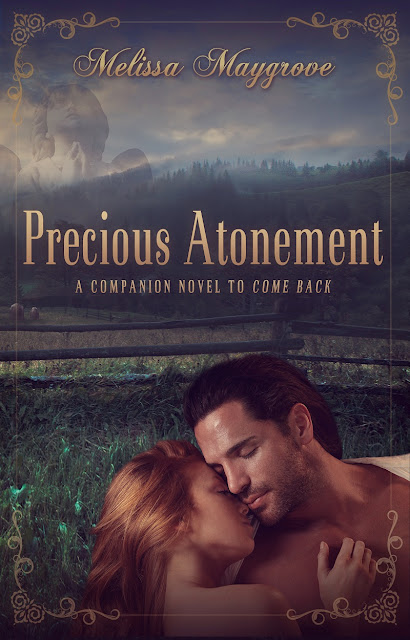 Rachel Emerson is resigned to live as a spinster. Her parents keep her shameful secret, and her only brother, Seth, vanished mere days after witnessing her rape, taking her dishonor with him and giving them all an alibi for their grief. But none of that matters. Appearances are useless if she can’t bear the touch of a man.

Jacob Evans welcomes pain as much as he seeks to escape it. The graves of his wife and child remind him of his sins every day. When Lawrence Emerson offers him a job and a chance to move west, Jacob permits himself a fresh start. But letting go of his past is only an illusion. Lawrence’s sweet, shy daughter captures Jacob’s heart and provides him a perfect tool for self-torment.

Despite painful lessons of the past, history soon threatens to repeat itself, and as Jacob’s love for Rachel grows, so does his agony. Giving his precious new wife the life she deserves might cost him the very thing he values most—her.

Add it to your Goodreads.
Thanks for stopping by. :)