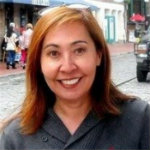 Today I came across some sad news. I discovered that writer / blogger Diane Carlisle passed away. I'm heartbroken for her family, and for her. She was a bright professional and a budding author, and she will be missed.

There's more to the story.

I'm sure many of you remember when I posted about Randi Lee's anthology project that failed before it was ever published. Diane and I were both affected by that. When I created a group for the displaced authors and later put out a call for submissions for my own book, Diane took me up on my offer.

She submitted a story that was accepted. I returned the edited document, but got no reply. That was out of character for her, but I shrugged and figured she was just busy getting her story polished up. 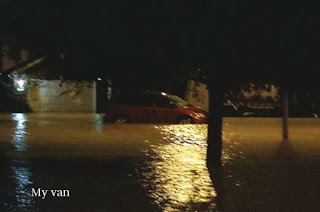 The summer was a crazy time for me. Among other things, I moved after 20 years in the same home and became a single parent, and that consumed my life for months. Then Harvey, the mother of all hurricanes, hit Houston with a vengeance. Our family survived without any flood damage to our house or cars--praise the Lord--but it disrupted our lives and delayed the start of school for two whole weeks, time I needed to work on the project.

Finally, in late September, life slowed down enough that I could get back on the publishing horse. I contacted the authors, and we decide to stick to our original plan of a late-October release.

Emails started flying. No message got replies from all 11 contributing authors, usually about half to two-thirds; but to be on the safe side, with such looming deadlines, I did a roll call. Diane was the only one who didn't respond.

I went searching the web for a way to contact her and found her obituary instead. She had died way back in May, two days before I returned her edited submission. She never even saw the email. I'm still sitting here, blinking and shaking my head.

I had planned to return to blogging with a crazed-but-excited post about our upcoming release. Instead I'm here, telling you to not to take a single day for granted. Don't get so caught up in the whirlwind of life that you don't take time to check in with one another. Call your family. Hug your kids. Reach out to your friends.