Grammar Police Monday - All Is Not Well & Good 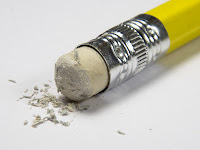 Today I'm going to touch on a few misused adjectives and adverbs. Before I give you examples, let's review. Adjectives describe nouns and pronouns.  Adverbs modify anything else—verbs, adjectives, and other adverbs. Basically, adverbs tell us how, when or where.
Ex: The tall boy ran swiftly down the road.
In this example, tall is an adjective. It describes the noun boy.
Swiftly is an adverb. It modifies the verb ran—it tells us how he ran.

(And don't give me grief about the -ly adverbs. LOL :P  I'm not suggesting you use these often, just teaching you the rule.)
Many words that function as adjectives can also function as adverbs. When using a word as an adverb, use the -ly form of the word. An exception to this would be the word fast. It doesn't have an -ly form.
Ex: I took a quick shower. becomes: I showered quickly.
Two modifiers I often see misused are good and well. The word good is an adjective, and the word well is an adverb. Use good when you're describing nouns and pronouns, and use well when telling how something was done.*
Ex: (incorrect) He sang good tonight. vs (correct) He sang well tonight.
Ex: (incorrect) She ran good. vs (correct) She ran well. & (also correct) She is a good runner.
Did you catch the difference with the second example—why good was incorrect the first time and correct the second? In the first sentence, it was being used to modify the verb ran. It can't because good is not an adverb. In the last sentence, however, it modifies the noun runner. That works because good is an adjective and adjectives modify nouns.
*The exception to this rule is when one is speaking of someone's health. In that case, use well as the modifier. I feel well today.
Another common error is not using the -ly form of a modifier when using the comparative form as an adverb. (Remember studying comparative and superlative adjectives? -quick, quicker, quickest?) When using the comparative form as an adverb, ad -ly.

Let's start with the adjective form.
Ex: I am the quicker runner.
(-comparative form of the adjective quick modifies runner)
Now the comparative form used as an adverb modifying the verb run.
(incorrect) I run quicker than you.
(correct) I run more quickly than you.
A special rule applies when the senses (taste, smell, sound, look, feel) and other similar words are the verbs. Instead of asking the question how to determine if -ly should be attached, ask if the sense verb is being used actively. If so, use the -ly.
Ex: Sara's perfume smelled sweet.
Since her perfume cannot actively do the smelling, sweet is correct.


The reason for this is that words like feel and smell are often used as linking verbs. Linking verbs suggest states of being, not actions.The most commonly used linking verb is be in its various forms such as am, is, was, were.  Some other verbs used as linking are seem, become, appear, prove, look, remain, feel, taste, smell, sound, turn, and grow. Look at how many of them refer to one of your five senses. If they can be replaced by a form of the infinitive 'to be,' they are being used as a linking verb and would be followed by an adjective, not an adverb.
Ex:  The detective looked cautious.
Now replace with a form of 'to be.'
The detective (was) cautious. Does that make sense?
Yes. Using an adjective is correct.
Ex: The detective looked cautiously for fingerprints.
Now with 'to be.'
The detective (was) cautiously for fingerprints. Does that make sense?
No. In this sentence, the verb looked is not a linking verb, so use of the adverb cautiously is correct.
A classic example:
Many people (myself included) make the mistake of saying, "I feel badly about your misfortune." But since the sentence uses the linking verb feel, we should instead use an adjective. I feel bad about your misfortune.
Even though use of -ly adverbs is discouraged in fiction writing, I hope you found this lesson helpful. It never hurts to know the rules.
Thanks for visiting. :)