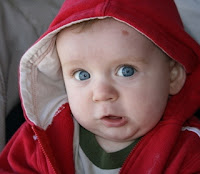 After getting nabbed for a usage error recently, I decided to do a few GPM posts on specific homophones that are commonly confused words. When we speak, such misuse may go unnoticed; but when we write, it's there in print for all the world to see.

Let's start with the one I goofed.
Which is correct?
The man's hands were (calloused / callused) from years of work.
He has a (callous / callus) attitude toward the homeless.
In the first sentence, callused is correct, because it specifically refers to hardened places on the skin. In the second, it's callous. Even though callous means 'to harden,' it refers to an emotional state, meaning to be insensitive.
Another mistake I made for years before becoming enlightened to the error of my ways was using the verb pour when I meant pore. You pour water from a pitcher into a glass, but if you are studying something intently, you're poring over it.
A third—and one I was glad I looked up the other day before hitting send on an email—is annunciate. Actually, the word I wanted was enunciate. Though these two are related, they are not interchangeable. Annunciate means to announce, while enunciate means to say your words clearly. (Be sure to enunciate when you annunciate. :P)  And by the way, annunciate is not used much anymore. The word announce works just fine.
I hope you found this little dose of grammar usage helpful. Thanks for stopping by. :)