Grammar Police Monday - Do Commas Give You Pause? Part II 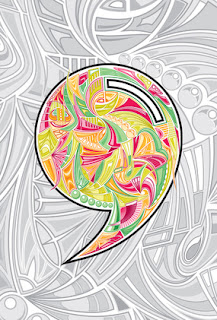 This is part II of my lesson on comma rules. Today I'm going to focus on basic comma use within sentences.
Last week, I noted that in a series or list, the serial or 'Oxford' comma before the conjunction could often be left out. (Ex: Mary put money, lipstick, and mascara in her purse.) When joining two independent clauses, however, always put a comma before the conjunction.*
Ex: Roger drove into town, and Pam stayed home.
*There is and exception to this rule. You can omit the comma if the two phrases are short. I would advise against this, however, unless the phrases are very short and the sentence is very clear without the comma. Ex: Paul coughed and Ben laughed. I'm in favor of tightening prose, but not at the expense of stumbling the reader. What good is it to tighten your sentence, only to have the reader stop and re-read the line?
On the other hand, never place a comma between a subject and its verb.

Ex: Roger drove into town and went to the store.
There is a compound verb above, and Roger is the subject of both—he drove and went—so no comma. But in the case of 'and then' (see below), use a comma, even though Roger is the doer of both actions. The subject of the second clause is 'he.'
Ex: Roger drove into town, and then he visited his mom.
This could be changed to: Roger drove into town and visited his mom., and still be correct. In fact, many writers construct such sentences this way to tighten their writing. Some will argue that a simple 'and' shouldn't be used when the actions didn't happen at the same time, but I'd venture that most readers would not be stumbled by this, nor care to split hairs over it.
Use a comma after an introductory phrase.
Ex: After walking in the garden, the couple went inside and danced again.
Ex: Later that day, Paul found what he was looking for. **
Ex: When swimming, always bring a friend. **
**The rules say this comma is optional if the introductory phrase has three or fewer words, but (save few, usually one-word examples) the omitting of these commas stumbles me when I read, so I nearly always include them when I write. This is another case of tightening the prose at the expense of stumbling the reader. Why do it?
Another benefit of including this type of comma is: if the sentence is long, it helps break it up and give the reader a chance to take a breath. That may sound silly, but if you've ever read a really long line—even silently—and felt like you were starving for air by the end, you know what I mean.
Use a comma to set off parenthetical elements (aka 'added information').
Ex: Bluebell Road, which is paved with gravel, connects our street to the main highway.
Ex: My wife, Caroline, will be attending the party also.
One place you can cut commas is: when the information is essential to the sentence or the person's named is not added information. You may want to review my GPM post dealing with restrictive & nonrestrictive clauses. Since I've covered that before, I won't go into great detail here.
Ex: The road that is paved with gravel connects our street to the main highway.
Ex: My friend Mary will be attending the party also.
Assuming the connecting road is the only one paved with gravel and Mary is not the person's only friend, these are correct.
Use a comma to set off phrases that express contrast.
Ex: The dress I finally chose was red, not blue.
Ex: It was John's personality, not his looks, that Marissa cared about.

Use a comma to separate a statement from a question.

Use a comma any time one is needed for clarity.
Ex: I ordered a burger and fries, and pizza was what I got.
And use a comma to set off some interjections.
Ex: No, I will never do that.
However, be careful of sentences whose subject is an understood 'you.' Even when they only contain a single word, they are not set off with commas. The following example illustrates a common comma splice error I see.


'Stop.' is actually a complete sentence: (You) stop. The same is true for 'Don't go in there.' Though the 'you' is understood and not written, the sentence has a subject and a verb.


As always, I hope you found the lesson helpful. Feel free to comment, ask questions and make suggestions for future GPM topics. Thanks for visiting. :)