By Melissa December 19, 2012
Since I'll be taking a break from cyber space for the holiday, I thought I'd give you a little variety with this last post.

The kind and talented Elise Fallson tagged me in the 'U Got The Look' meme.


Rules: Track down the word "look" in your current WIP and post the surrounding paragraphs, and then tag 5 other people with the meme.

Ha. This wasn't as easy as I thought.

Orientation: 19-year-old Rebecca Garvey, who was left behind by a wagon train, has found a man injured and unconscious in the wilderness and has dragged him to her old dwelling on a flat sled. They are inside a small hut made of wood scraps and branches. A storm is coming.

Caveat: I don't always include this much description or exposition, but the hero is unconscious, and—with the exception of assessing his injuries when she found him—Becca is looking him over for the first time.

Have mercy. This is a first draft excerpt.

...Becca shivered. She was stuck in a small, dark space with a large, strange man. As soon as the tarp shut out the cold and the wind, his heady scent surrounded her along with her fear. Through odors of dirt and sweat, arose a scent that was decidedly male. Fresh air and leather blended with warm, spicy skin.


Kneeling beside him, she lit a candle so she could check on him one more time. The flickering flame cast eerie shadows on the walls, but it gave off a comforting light. The stranger’s face looked less intimidating in the pale glow, rather boyish and peaceful in sleep. The only thing that gave his age away, besides his size, was the shadow of whiskers that shaded his jaw. Becca reached out to touch it, then pulled her hand back. What was she doing?


She settled back against the wall and looked her patient over. His clothes were those of a common man, but they were in good repair. He didn’t have a beard—save a day or two’s growth—so he must shave. And bathe. The smell of soap mingled with his scent.


The storm had arrived. Rain pelted the tiny structure and dripped through the cracks. Becca tucked the blanket in around the man, then huddled against the wall under a smaller one of her own. With one last glance in his direction, she blew out the candle and plunged them into darkness.
###

I'm going to wimp out on the last part.
If you haven't done this meme and would like to participate,
consider yourself tagged. :) 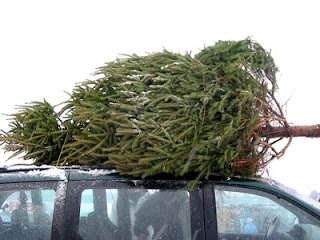 We went on our annual tree farm trip earlier this month.

(Imagine a 'Tim Taylor' grunt from my handsaw-brandishing husband as he marches off into rows of live evergreens.)

Of course, we didn't have snow like you see in the
lovely stock image above. 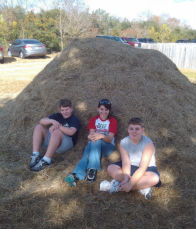 But we're used to that in Houston.
At least the weather got cold in time for Christmas shopping. :)

This member of the family won't be getting coal in her stocking.
She's the best behaved one in the bunch.

Along with all of us,
Maisey wishes you a Merry Christmas!

I will be on blog hiatus until the first Wednesday in January,
enjoying the holidays with my family.

I hope you enjoy your holiday, too. :)