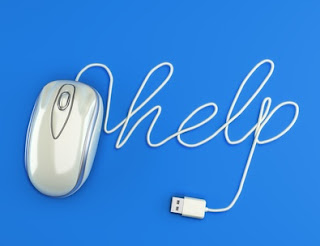 This post has been a long time coming, but I finally got it done. Below are some grammar questions I've received over the last few months followed by the best answers I could find.


For a long time immigration and emigration always got mixed up in my head!

Immigration is the act of moving, typically coming to a country that is not one's place of origin, and usually for permanent residence.

Emigrate is basically the opposite—to leave a country or region and move to another; to migrate.

And isn't that just downright confusing?  : /

The best thing I can come up with is: since 'im' sounds like 'in,' use that to remember immigrate means to move 'in.'

Hey Melissa, would you address the 's or s' rule sometime soon. (Lewis's for possessive vs Lewis', for example.) I understand it's achangin' with the times... *sigh* I don't handle change well. :P

It came straight from the horse's mouth. (singular)

Peggy peered down at the churning litter. There was mud on every one of the puppies' paws. (plural)

I think what you're talking about is proper names ending in s, be it pronounced or unpronounced (e.g. Francois, James), or proper/classical names of two or more syllables that end in an eez sound (e.g. Xerxes). Chicago now recommends possessive forms like these have 's added.

"Some writers and publishers prefer the system, formerly more common, of simply omitting the possessive s on all words ending in s. . .Though easy to apply and economical, such usage disregards pronunciation and is therefore not recommended by Chicago." - pg. 355, 7.21

I know some people pronounce the second s regardless, but I don't. Probably because I was taught to leave the possessive s off.

My 2c...
In my first WIP, the hero's name is Miles. I pronounce it the same whether it's possessive or not. I wrote it as Miles' and—possessive s added or not—I certainly wouldn't say Miles-ez. According to Chicago, that pronunciation (saying the second s) is not wrong. Still, it sounds strange to my ear.

I like the old way better. Wanna buck the system? :P

What's the proper format for ellipses?  Are they three consecutive periods...OR should they be three periods separated by a space? Also, do they or don't they require another period—without an extra space—if they end a sentence. I'm reading conflicting recommendations on this and it's causing me to lose hair. Help!

First, ellipses represent an omitted word or phrase, etc. They can also indicate an interruption in thought, a trailing off. A period is added before them at the end of a sentence, unless the sentence is deliberately incomplete.

They are written as three spaced periods, but, because they must all appear on the same line, Chicago suggests authors go ahead and use the ellipsis character (Unicode 2026), usually with a space on either side, and then editors who follow Chicago can replace these with three spaced periods.


Is that anytime or any time?

Anytime is a relatively new word that is used as an adverb meaning at any time.

And as a subordinating conjunction meaning whenever.
Anytime Connie walks by, my boyfriend forgets I exist.

There are times you must separate it, such as when you actually write the adverbial phrase at any time.

Dr. Barnes kept his phone handy; the hospital could call at any time.

Or when you need a noun. Anytime cannot function as a noun. If you split it, though, then any becomes a modifier of the noun time.

Will you have any time to help me with my project?

(Note: We could remove the word any from this sentence and the meaning would not change.)

Bottom line: you can't go wrong splitting it up, but you can go wrong writing it as one word. When in doubt, write it as two. ;)

If this lesson didn't cover the topic you needed,
check out the Grammar Police Files.
It's a permanent page on my blog with links to all the posts.

As always, thanks for visiting. :)