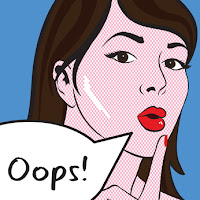 I’m going to break one of my own blogging rules and address a topic that has the potential to be inciting and controversial—common sayings that are potentially offensive. Therefore, let me begin this post by making it clear that I am discussing the following phrases and terms with the sole intent of making people aware of their origins. I mean no disrespect.

You youngsters out there probably don’t encounter this problem, but those of us who grew up in less-politically-correct times often heard phrases in everyday speech that nowadays are considered inappropriate. As I transitioned into adulthood and society changed around me, I began to discover many of the colloquialisms I used quite innocently had origins rooted in racism and stereotypes.

I tend to translate slang phrases directly to their contextual meaning without considering the individual words. For example, I grew up thinking jew someone down simply meant to haggle until the seller reduced the price, totally oblivious to the deeper implication—the stereotype that Jewish people are tightwads who are good at talking someone into selling something for less than the asking price.

The word gypped, though still widely used, has a similar origin. It refers to Gypsies, or Romani peoples, who are stereotyped as being thieves and con artists. When someone says they ‘got gypped,’ they are saying they were cheated or conned. The very term Gypsy is considered by many Romas to be derogatory.

Have you ever planted your fists on your hips and blurted to a friend or sibling that they are an Indian giver? (I have, and I’m part Cherokee. :P) This term refers to someone who gives gifts only to demand them back later, and it is considered by many to be a slanderous dig at the character of Native Americans.

I was surprised to discover while doing research for this post that the term cotton pickin’ (frequently used like the expletive damn around these parts) is considered offensive because it is so close to the term cotton picker, a racial slur referring to a person of African heritage. Whether it is offensive when used to modify someone of another ethnicity isn’t clear. At the very least, if you say My cotton pickin’ neighbor blew his leaves into my yard again, your neighbor had better not be black.

Next time you start to say or write one of these little expressions, consider the fact it might have a deeper meaning.

The purpose of this post, as I said before, is to make people aware of the origins of common colloquialisms and the wisdom of investigating them prior to use. I hope you found this lesson helpful and my attempt to present the topic in a non-offensive manner successful.

Feel free to comment, but please keep it considerate.
Thanks for visiting.