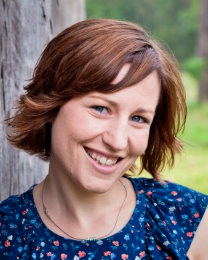 I'm super excited to have author Cally Jackson on the blog today. Cally was here a short time ago for a cover reveal, and now she's back with an interview to announce the release of her debut novel, The Big Smoke.

Cally's a real sweetheart, and I enjoy hosting her despite the fact her regional spellings give my word processor fits. :P

First a refresher of the cover and blurb...

When the semester starts, things get complicated. Ceara’s best friend withdraws from her, Seb’s closest mate turns into a sleazebag, and the relentless demands of university make their stress levels soar. Before their first semester is over, both Seb and Ceara will be forced to question who they are and what they want from their lives. Will they have the courage to find the answers, or will they crumble under the pressure? And when they finally meet, will it be love at first sight or a collision of headstrong personalities?

What inspired you to write The Big Smoke?
The first idea for The Big Smoke came to me more than eleven years ago, and it was in the form of a lesson I wanted to teach myself. For some reason, I decided the best way to teach myself that lesson was to write a book about characters having to learn the same lesson (makes perfect sense, right?).

What was the lesson? That your happiness and life journey are your own responsibility, nobody else’s.

Do you have a favorite character or a favorite scene?
This is a tricky one because I have a lot of favourites. As much as I love my main female character, Ceara, she’s a little too much like me (worries way too much), so I think my main male character, Seb, wins out. He’s a bit hopeless at times but his heart’s in the right place, and he’s quite funny. I laugh at all his jokes – we must have the same sense of humour. ;-)

In terms of favourite scenes, it would be a tie between the date that goes horribly wrong for Ceara (not a nice scene by any stretch of the imagination but I’m proud of the writing) and the scene where Seb returns home after he learns ‘the truth’. I can’t say any more than that because I’ll give too much away!

You decided to go the self-publishing route. What made you choose it?
I didn’t query agents or publishers with The Big Smoke because I knew it couldn’t be easily categorised, which is a turn-off for traditional marketers. It’s also longer than their desired word count for a first time author (about 130,000 words). Plus, the idea of being in complete control of the publishing process really appealed to me. You can read more about this in a post I wrote earlier this year – why I’ve decided to go indie – if you’re interested.

Tell us about your experience with publishing. What obstacles did you face?  What was the toughest part?  What’s the best?
Overall, I’ve really enjoyed my experiences with publishing so far. There have been a number of obstacles but it’s been quite empowering to be the one making all the decisions and knowing that my book’s success is primarily in my hands.

The biggest obstacle I came across was finding a copy editor I connected with and who ‘got’ The Big Smoke. I had a few sample edits done by different editors but their suggested changes seemed to work against the story’s narrative voice rather than with it. I was starting to get a little worried and wondered whether I was just being precious, but then I received a sample edit back from another editor called Ken Spillman. His suggestions were fantastic. It felt like he ‘got’ the characters and narrative tone, and his suggestions helped take me closer to achieving my overall goals with the novel. I went with Ken for the copy edit and didn’t regret that decision for a second.

My ‘toughest part of publishing’ happened only a couple of weeks ago, when I had to face the possibility of having a book launch with no books. I live in Australia but I’m using Createspace for printing, which is based in the United States. Createspace’s website says that you can ship books to Australia within three working days, but when I tried to place my order on Tuesday 16 October for my book launch on Saturday 27 October, the estimated arrival date was Wednesday 31 October. Um, excuse me?! I knew that the three working days didn’t include printing, but I didn’t think that printing could account for the extra seven working days Createspace was saying it would take for my order to reach me.

I sent a (slightly panicked) email to Createspace explaining the situation, and they essentially said there was nothing they could do because they don’t guarantee timeframes for wholesale orders. What the?! Panic stations! Where exactly does it say THAT on your website?!

And of course, because Australia and America’s time zones are so different, I received this email at 2am in the morning. Naturally, I woke my husband up so we could try to figure out what to do. We discussed postponing the launch, trying to find a local printer who could print the books within the timeframe, going ahead with the launch without the books (my husband’s crazy idea), but eventually we discovered that if we placed several orders of smaller quantities, it would bring the delivery date forward to Friday 26 October – the day before the launch. Cutting it very fine, but that was our best option. So, at about 3am on Wednesday morning, we placed four orders and went to sleep. One of those shipments arrived on Friday 19 October and the rest arrived on Monday 22 October. Crisis averted! Thank goodness! The lesson I took from this experience? Don’t rely on advertised shipping times, order as soon as you possibly can!

And the best part of publishing so far? Definitely hearing from people who have read and loved The Big Smoke. There’s nothing better than hearing about how much someone connected with your characters or was sucked in by your writing. It makes all the stress (even the 3am decisions) worthwhile!

Are you a plotter or a panster?
Plotter all the way. I like to know where I’m going and write in quite a linear way. I get fidgety if I write a chapter out of sequence, that’s how much of a plotter I am!

Morning person or night owl?
It depends. I’m a morning person for my full time job (I’d rather go in early than stay back late) but I’m a night owl when it comes to writing. If I’m on a roll, I find it difficult to switch off and go to bed.

What does your writing space look like?
I don’t really have a writing space as such, because I move around depending on where I feel like being at the time. I’ve been known to write on our deck, on our couch, in the study, in bed, on the train, in a camping chair on a jetty while my husband fishes… I’m pretty flexible!

What advice would you give to new writers?
Keep writing. Even if you feel like what you’re writing is rubbish, get it out on the page. You can edit rubbish, you can’t edit an empty page.

And a second piece of advice – ­be humble. If people give you constructive criticism about your work, thank them and consider it. You can’t take everybody’s feedback on board (quite often people will contradict each other about what works and what doesn’t), but you owe it to your writing to at least consider what they’re saying. They may be able to see something you can’t because you’re too close to the work.

Is there anything else about your book or yourself you'd like people to know?
I’d like to share some comments from early reviewers of The Big Smoke, to hopefully convince your readers that they must read it!

“I received an Advanced Reader Edition of Cally Jackson's debut novel, and I read it in just a few days. It was THAT good.” Michael Offutt, author of Slipstream (Read Michael’s full review)

“Relationships, romance, drama, humour, heartbreak, coming of age--this book has a lot packed into it! It's a long book. Not long in a this-story-is-dragging-on-forever-I-wish-it-would-end kinda way. No, no, no. Long in a I-scored-two-awesome-books-in-one kinda way!!” Rachel Morgan, author of the Creepy Hollow series (Read Rachel’s full review) 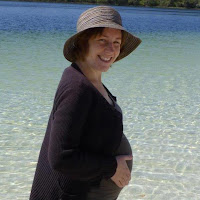 And that's not all Cally has to celebrate. She's pregnant with her first child – a little girl due mid-January, 2013. :)

Cally Jackson grew up in the small country town of Gatton. Her passion for fictional writing first emerged in grade two when she got in trouble for penning her own tale instead of copying directly from a story book as she was supposed to be doing – it was a handwriting exercise, after all.

Cally now lives in Brisbane with the two loves of her life – her husband, Mark, and their dog, Lucy. The Big Smoke is her first novel.

She's also a great listener and shoulder to cry on (though some of what you say may unintentionally show up in her next book).


You can find Cally here:

And you can find her book here: