You can find Betwixt on:
Amazon  ~  Amazon UK  ~  Smashwords  ~  Goodreads

It will soon be available at Barnes & Noble, Kobo, Sony and Apple, too.


Today I'm cloning myself! (Apropos, yes?)  I’m posting here, and I’m also guest posting at Leave It To Livia about my blogging experiences.  I’d love it if you’d pay Livia’s blog a visit when you're done.  :) 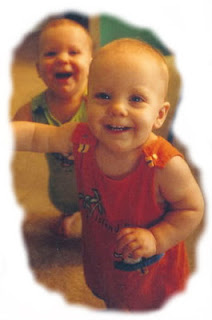 Double Possessives
Save pronouns, we form possessives by adding an apostrophe + s to a noun—usually a name.

Sam becomes Sam’s
I went to the house belonging to Sam = I went to Sam’s house.

Sort of.  It depends.

It's common in everyday speech—even found sometimes in writing—but it’s technically a double possessive. I’ve already said house of Sam, so tacking ’s onto the name adds a second indicator of possession that isn’t needed.

But, since ‘that house of Sam’ sounds strange, it’s better to simply phrase it Sam’s house.

You definitely want to avoid a double possessive is when the possessor is an inanimate object.

On the other hand, when the possessed thing can actually be of that person, not just belong to them—such as a photograph or some other likeness—then consider breaking the rule for the sake of clarity.

If I say a panting of Caroline, do I mean a painting belonging to Caroline or a painting OF Caroline?

In this situation, if I’m speaking of a random painting she possesses (a painting of something or someone other than herself), then the double possessive, a painting of Caroline’s, would help clarify this.

“Two Negatives in English destroy one another,
or are equivalent to an Affirmative.”
– Lowth’s A Short Introduction to English Grammar (1775)

A double negative is formed when two words are used together in the same sentence that have the effect of cancelling each other out—usually causing the sentence to mean the opposite of what the author intended.

For the record, the following words are considered negative: no, not / -n’t, none, nothing, nowhere, nobody, no one, neither, hardly, barely, scarcely. So...

He ain’t got no smarts.

*the grammarian in me shudders, then takes deep breath*

First, ain’t is not a word. It’s an improper substitute for isn’t or hasn’t.
But I digress...

The person speaking of him, on the other hand—
...needs to come back Monday. Evvvery Monday.
:P

Occasionally a double negative will be used on purpose to add emphasis to something (We can’t just do nothing!), but such construction should be avoided in almost all cases.

Thanks for visiting!
Hop over to Livia’s blog if you have time.